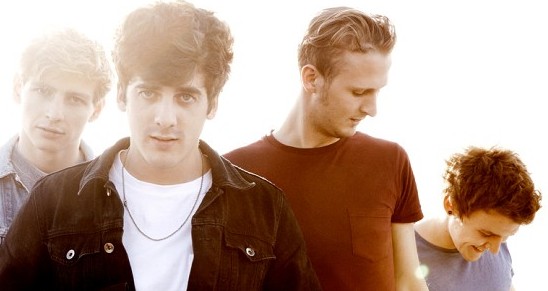 Despite only having been around for all of six months, four-piece garage-rock band Circa Waves are already making, ahem, waves with their bold, poppy new releases. Taking us back to the indie-rock This Is It era of The Strokes, their sound is familiar yet fresh; brash, fun and unpolished.
The single ‘Get Away’ was recently named by Zane Lowe as the Hottest Record in the World and it seems that things are only getting better for the Liverpool quartet. Their latest single, ‘So Long’, which was released on October 20th, is an instant indie-pop classic. The band show just how much they are influenced by The Libertines in this respect. Recorded at RAK Studios with Dan Grech, who has also worked with The Vaccines and Lana Del Rey, the track should sound messy with its onslaught of brash guitar and pulsing rhythm but it somehow just doesn’t. Instead, it’s pure fast-paced fun and is more raw than chaotic. The band show just how much they are influenced by the Libertines in this respect. There’s no pretension to Circa Waves’ music; it just is what it is – unpolished, but all the better for being so.
‘So Long’ follows the release of the tracks ‘Stuck In My Teeth’ and ‘Young Chasers’ that are every bit as good, but it’s the single ‘Good For Me’ that shows the talented four-piece at their best. Frontman Keiran Shuddall has you from the first lyric as he croons ‘I’ll be so bold to say you are the only one I’ve ever really loved’; instantly it’s got all the makings of a perfect indie love song. It’s the sweet, simple lyrics like this and an addictive riff that gives this track an edge. Circa Waves have promised that their debut album will be a ‘riot’, with Shuddall telling us to expect ‘lots of energy, loads of chords, loads of loud guitars and distortion.’ Given the pace and energy of the last few releases, I wouldn’t expect anything less. Fresh from appearances at Reading and Leeds this summer, the band also took part in the NME Awards tour alongside Royal Blood and Interpol and supported The Libertines at their Alexander Palace gig in London. Their UK tour kicks off next month and they’ll be playing in Oxford at the O2 Academy on the 14th November, supported by the equally good Public Access TV. Given the energy of their latest releases, it’s a sure bet that they’ll be just as much of a riot live on stage as they are to listen to. 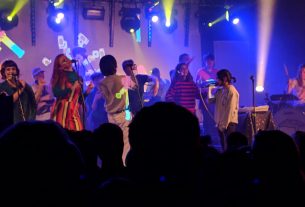