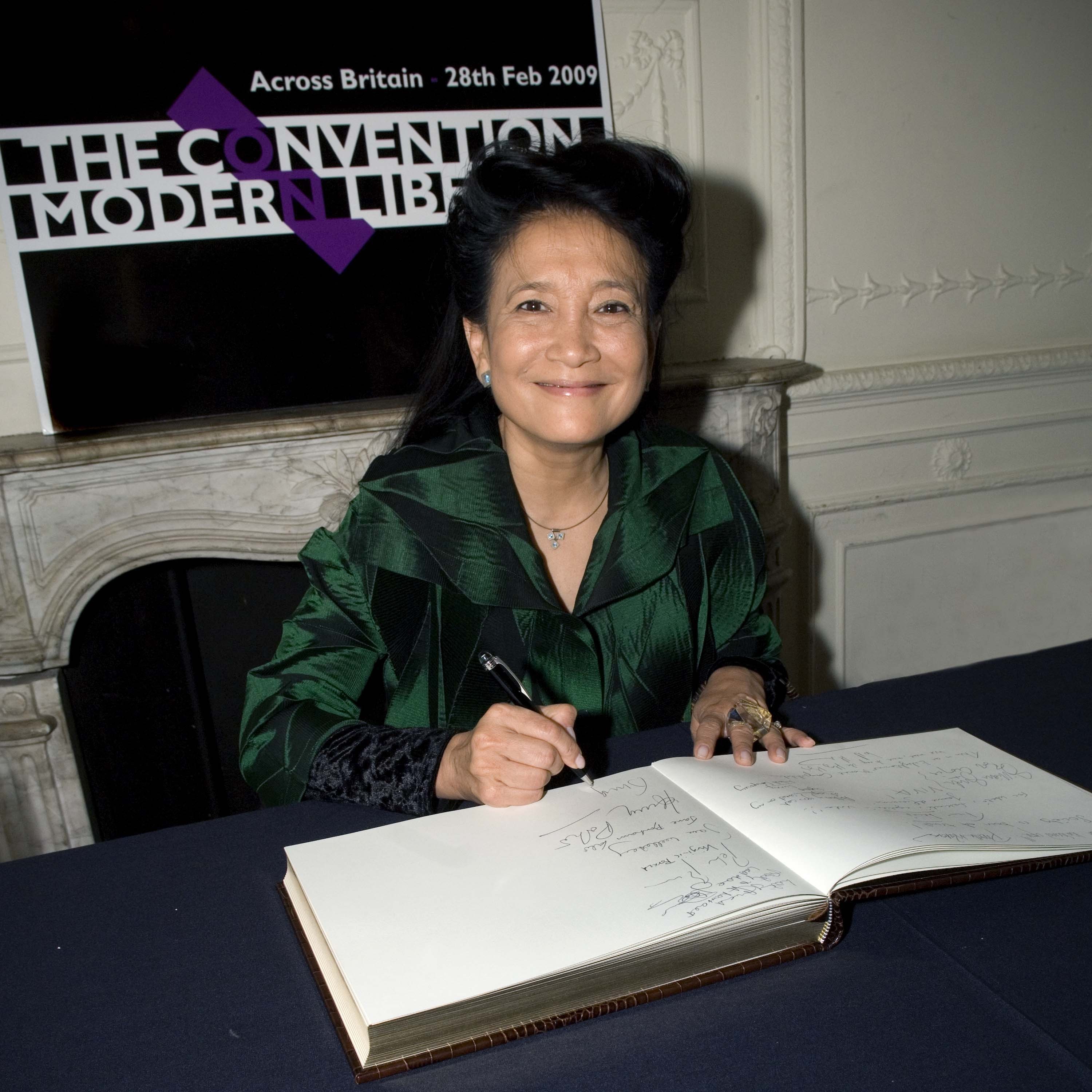 Jung Chang the author best known for her autobiographical work Wild Swans speaks to Harriet Fry about her new biography of the Empress Dowager Cixi, the banning of her books in China and the danger of history to a communist regime.

What inspired you to write about the Empress Dowager in particular?

I first got interested in her when I was researching for Wild Swans more than 20 years ago. My Grandmother had bound feet and was in pain throughout her life and during the research I realised that foot binding was banned by the Empress Dowager. This was unexpected to me because the image of her was that she was this arch conservative, a cruel despot who held China back. After Wild Swans was published I was researching for a biography of Mao and again I was very struck by the kind of freedom and opportunities the young Mao enjoyed growing up under the Empress Dowager.

Mao was a peasant lad but he was easily able to get scholarships to go to college and to go abroad. If he wanted to he could travel with girlfriends and check into hotels as husband and wife. He also wrote for an incredibly free press. All this was unimaginable when I was growing up under Mao many decades later so my interest in her grew from there.

In the biography you dispel ideas that Cixi was a detrimental leader and champion her as a proto-feminist figure. How far do you think her reputation in China is due to the fact that she was a woman?

A large part. Woman rulers were always subject to condemnation. She never ruled in her own right and always had to be behind a screen. She ruled while the Emperor was a child but when the Emperor grew up she had to retire and go back to the Harem and the Emperor took over. It’s not immediately obvious which edicts came from her and which imperial decrees or ideas came from the Emperor so there is a prejudice but also a practical problem.

Three years after she died China became a Republic and the Republican leaders wanted to blacken her name to create this impression that she was a source of all China’s troubles and it was up to them to rescue China from the mess she had created. There was a political thing as well.

Do you think things were made up about her? I read for example that she fed her nephew arsenic when he disappointed her.

Yes a lot of things were made up about her like she poisoned the Empress when it is now clear that she died of a of a brain haemorrhage. There were a lot of rumours surrounding her. One murder was not a rumour; she did murder or poison her nephew the Emperor the day before she died. She genuinely committed that murder because from her point of view if she had died and he had survived China would have fallen into the hands of the Japanese because the Japanese wanted to dominate China and create a giant East Asian empire. The Chinese Emperor had wanted to go along with this.

Is the feminist movement as a whole present in China?

I think the Empress Dowager was the person who started the movement in China. By banning foot-binding she released women from their homes; Chinese women weren’t really allowed to be seen before but under her rule women started to go out. She made it law for women to receive education, because of her they could go abroad and participate in politics. She really started women’s liberation.

Wild Swans and your biographies use very different approaches as Wild Swans comes from a more personal perspective. How far do you think it’s possible to write an account about China’s recent history without emotion because of your attachment to the country?

There probably was some emotion in Mao the biography and I think the book was attacked by some people for having too much emotion. People would say I wrote the book in order to avenge my father and grandfather who died in the Cultural Revolution. There is emotion in the biography of Mao.

What is your relationship with China today? Do you still visit?

Well my books are banned… and I have been able to see my mother who still lives there but I think recently the regime has become more repressive. I anticipate trouble now but we shall just see.

In what way do you think it’s become more repressive?

Books like ours they think undermine the legitimacy of the Communist Party dictatorship. They particularly try to clamp down on people who try to talk about history. I was told by a foreign teacher who taught in China for 15 years that a few months ago she was called to a professor’s office and she was shown a piece of paper with the rules for her teaching. The first rule was not talk about the mistakes made by the party in the past. That’s the trouble anyone who’s interested in history in China faces and that’s the price we and the people who write about history pay; the increasing repression and many difficulties we encounter.

Is there any way for people in China to have access to your works nevertheless?

Well most importantly the books must be in Chinese. I myself translated Empress Dowager Cixi and Mao the biography and one of my brothers translated Wild Swans and I made revisions to it and worked on it. These Chinese editions have been published in Taiwan or Hong Kong and are on sale there. People from mainland China now go abroad for tourism and there they often buy banned books. Very touchingly many people scanned our Mao biography and Wild Swans into the computer for other people to download so there were dozens of  different editions on the web. In the past years with the increasing repression there has been a huge ‘tidying up’ of the internet so these copies have been deleted but still many people have read the books.

When you were a child living through the Cultural Revolution and the Great Leap forward was the information that you received censored?

History is the most dangerous thing to a dictatorship. When I was a child China was totally isolated from the outside world. There was no information in those days apart from the party line. Even our parents and teachers were not allowed to say anything different from the party line and they wouldn’t say anything because children might blab in which case the whole family would get into trouble as well as the children and so parents all over China who loved their children said to their children in those days do as Chairman Mao said. It was a different world. The tight control and total isolation from the outside world was unbelievable.

Did you ever think to criticise the regime?

Yes in my mind I started to doubt it and to criticise first the society I lived in at least properly from the age of about 16 and then for many years I didn’t think of Mao as the source of all our sufferings until many years later.

What made you decide to go to the UK?

In 1976 Mao died and China began to change. In 1978 for the first time scholarships for going abroad were awarded on an academic basis. I sat for a national exam became one of the first of a group of 14 people to leave China and come and study in Britain. I came with a government scholarship for a year and during that year the University of York offered me a scholarship to study linguistics so I went to York university in 1979 and spent 3 years there and did a doctorate in linguistics. I was the first person from the People’s Republic of China to get a doctorate from a British university.

Do you have plans for another project?

I’m waiting for inspiration. The Chinese edition of The Empress Dowager Cixi just came out last month and I was in Taiwan for the launch and so I haven’t yet had the opportunity to put my feet up and relax. I’m just waiting for the inspiration to hit me.

The Empress Dowager Cixi: The Concubine who launched modern China is now on sale. Jung Chang is speaking at Blackwell’s on 10th November 19:00-20:00. For more details visit: http://bookshop.blackwell.co.uk/stores/oxford-bookshop/events/