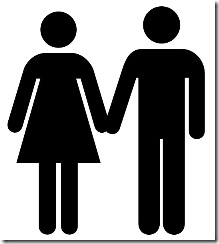 Trinity JCR on Sunday voted against serious reform to their college marriage system, after discussion in two JCR meetings. The current system, which sorts freshers into two groups based on physical sex and joins them in arranged boy-girl marriages, was lambasted in the OxStu for being “antiquated” and “heteronormative”, between contributing to “oppression”.

According to a meeting agenda on the JCR’s website, a motion to “introduce a ‘free marriage’ system instead of the current marriage ballot” fell by 39 votes against to 18 votes in favour with 10 abstentions. The new system would have allowed freshers to choose their own spouse instead of the current ballot which pairs one man with one woman.

A recent Trinity graduate was surprised by the result of the motion, saying: “I personally don’t see why students need a college ‘mum and dad’. Two parents regardless of gender is fine.” They also cited previous same-sex college marriages which had worked well as an example.

The current marriage ballot was previously criticised by NoHeterox** co-editor Annie Teriba, who stated: “I’m firstly concerned by the implicit suggestion that non-binary and agender people do not exist and secondly, by the incessant need, it seems, to gender all aspects of College life. I guess whoever is responsible probably didn’t mean it but then that’s how most oppression works isn’t it.”

When contacted by the OxStu, Trinity JCR President Eleanor Roberts commented: “The motion to change the current system was debated openly in a previous JCR meeting, and voted on this Sunday. Arguments for and against a change were provided and the JCR students voted as they wished and the outcome returned a no vote, which entails retaining the current system.”

“This system will continue to be kept because the JCR has freely and explicitly rejected proposed changes. I cannot comment on the opinions of JCR individuals regarding the results of these motions.”

A wealth of alumni