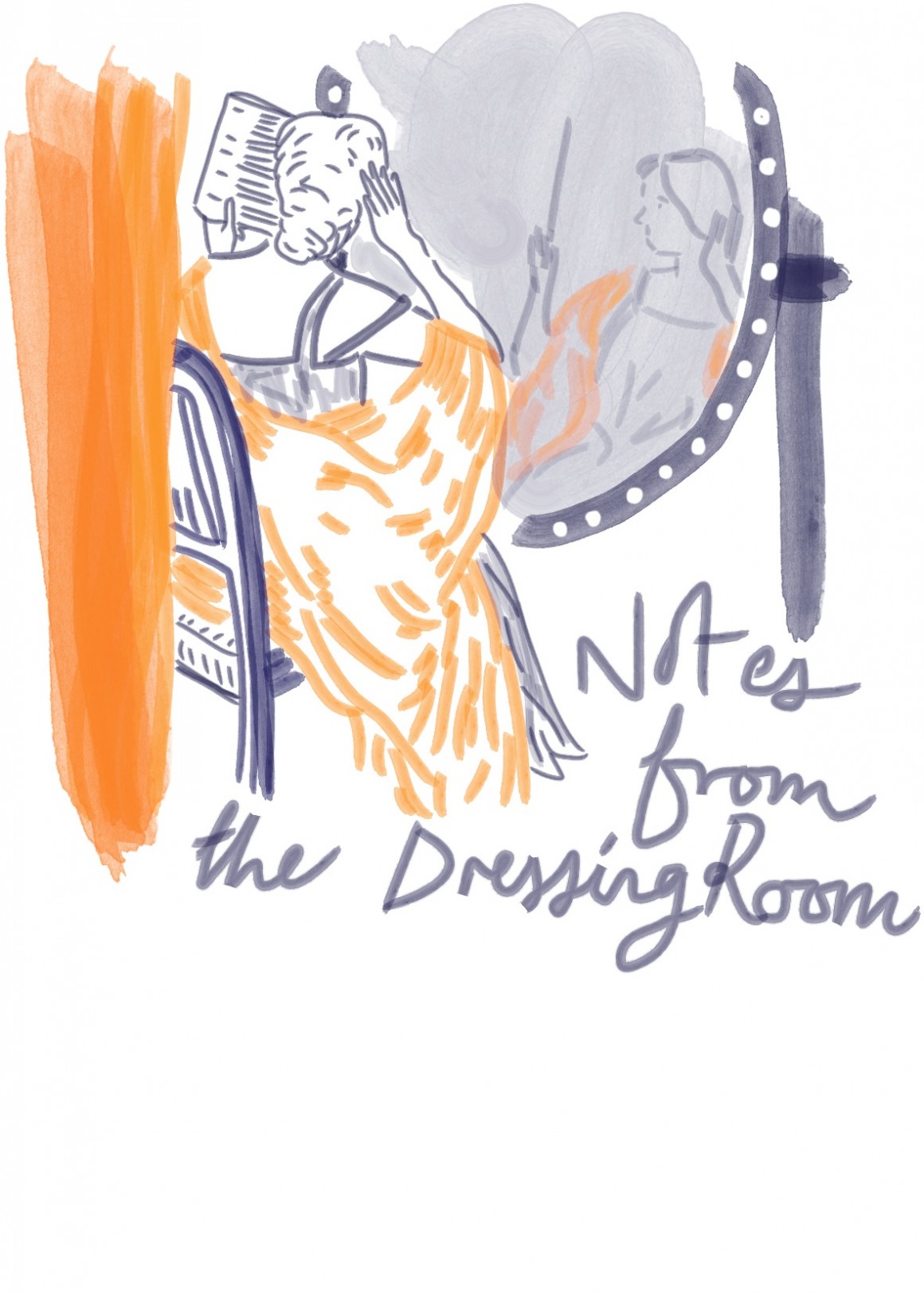 So this is one absolutely harassed costume designer reporting from the frontline of what may be this term’s craziest production: Will Felton’s interpretation of the Butterworth/Rylance smash hit, Jerusalem. There’s nothing quite like Show Week to get a costume designer at her (or his) wit’s end: no matter how many months you’ve spent preparing yourself mentally for the task, you only really ever have one guarantee: that of all the things which could go wrong… about 80 per cent of them will.

To begin with: the OUDS costume department. A weird, wonderful, phantasmagoria of the most random garments you could think of… unfortunately for this production, the bulk of which can only ever really find themselves useful when cycling through the Shakespearian canon. Nice – until, that is, you try to outfit a play like this one, which relies on an aesthetic that is firmly Bestival circa summer 2012.

The 20th century is just woefully absent from that room. Plus – it’s in a crypt. A crypt. Small, dingy, no air, in the deep basements of a cavernous old Catholic church. Leaves you feeling as though you ought to have costumed yourself with something robbed from the wardrobe of Penny Dreadful before you make your way down there.

Actors, actors, actors. What a beautiful breed of human. Now, that last word is important. Human beings are, it turns out, not the same as croquis (designer’s figures) and are disappointingly dissimilar to mannequins. How odd.

No. They breathe. They eat. They think. They sleep. They have to meet deadlines. They occasionally have a life outside of the play, which – whilst fabulous for their holistic wellbeing – is never good for a costumier’s schedule or mental health. Sometimes this does entail trying to make a two-hour costume in three minutes flat; and sometimes that does involve a cast member walking out in maroon tights and nothing else; and sometimes that does mean you’re tempted to stick pins into wiggly people whose dresses you’re sewing onto their body; and sometimes it does also involve blowing your fuse at your director about the etiquette of the dressmaker’s room (but luckily those directors are usually a lot more level headed than you and, what’s more, actually end up providing half the missing costume pieces themselves, which admittedly does open a whole new set of questions regarding their personal wardrobe… but that’s for another time).

And sometimes it also involves leading men turning up at your door, asking you to paint tattoos onto their body with really awful ink pens in front of the whole SSL (Catz rooms, it turns out, have really large windows) when you’ve awkwardly forgotten to turn off your sassy Pre-Night Out playlist, so saucy Stevie Nicks songs are playing and you sort of feel like you’re giving everyone a sneak preview of a new musical adaptation of Basic Instinct.

Thirdly: DRESSING ROOMS. Ew. Can we get some ventilators down there, Keble? Please??? And maybe also some Oust?

Fourthly: while I’ve already been accused of some gender bias in saying this, I still feel need to make a general statement about boys and makeup. Seriously, gents – it’s eyeliner. It’s not going to bite you.

In the end though, I have to admit. It’s all been so, so worth it. The opportunity to work with such a fun, enthusiastic cast – including a phenomenal lead, who should really just walk into the National Theatre tomorrow – a hardworking team (points to Andrew, Sean and Shandy for being generally amazing), a fabulous assistant (go Adelaide!), and, of course, the consistently incredible Mr Felton, possibly one of the most attentive directors you could ever hope to work with.

It may have cost me a shoulder (a first night dislocation temporarily threw the wardrobe dept. into a bit of disarray, but hey, as they say – the show must go on), and more dressmaking pins than I care to count, but to be honest – standing in the wings, watching the most mesmerising student performance I’ve ever seen draw to a climax in that final half hour?

Unbeatable. And now? To the after party, of course. Well, after I’ve cleaned the dressing rooms. Turns out boys just get their foundation everywhere.