Bing Crosby, Santa hats and Christmas jumpers: The Oxford Revue’s Christmas Party kicked off last night in traditional cheesy style, providing an evening of sketches, stand-up, and musical numbers to warm the cockles of all but the very Grinchiest.

But there was real variety here, with a ‘Tinder Rock Opera’ as musically impressive as it was funny, a psychotic mime act, short skits, impersonations. These last, from Alex Fox, were delivered with a lovable sincerity that more than made up for their dubious resemblance to the real celebrities (although, to his credit, Fox’s Gollum was uncanny).

For those who had seen the Revue already this term, there was some repetition of material, but I can’t imagine anyone really minded, with, for instance, ‘Fucking Issues’, a parody GCSE drama piece, gaining even more laughs here than it did the other week at the Wheatsheaf.

Sadly, you would not have needed such an impressive implement to cut through the atmosphere in the theatre last night. Probably it was a combination of the slight underselling of tickets, the flatness of LMH’s Simpkins Lee as a venue, and the under-lubrication of the audience by alcohol—LMH’s bar, it grew clear in the interval, is down a labyrinth of corridors in an underground bunker, and anyway its queue was so long that making it back with a pint was a token of near-heroic valour.

All this, however, is no fault of the cast, which, it is obvious, contains a fantastic wealth of talent. Among many names, Will Hislop again stands out for his vital, engaging comic presence. Among the newer faces, fresher George McGoldrick drew early laughs—and some of the biggest applause—with his idiosyncratic stand-up.

The extremely high calibre of performance overall made the audience indulge occasional technical hiccups and the odd dud sketch. In fact, the biggest problem with this show was that the performers were often stronger than the material they were working with. This made the Christmas Party a rib-tickling, not a stomach-busting evening. Tonight, with a near-full house, I imagine it will be even better.

The Oxford Revue Christmas Party is playing at the Simpkins Lee Theatre, LMH, until 22nd November 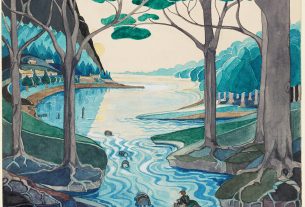