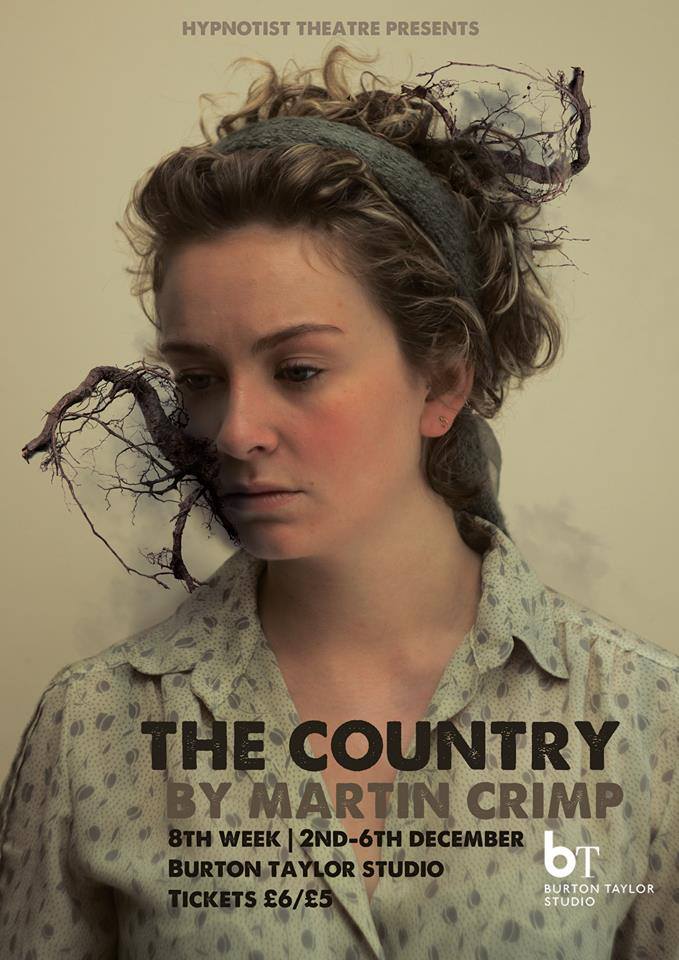 As I arrived at the preview for The Country I was embroiled into a brutal game of header football to get us all warmed up (needless to say I was not very good), and so was somewhat exhausted when I flopped down onto a chair to watch the first scene of Martin Crimp’s play. The cast had clearly survived football better than me: focused immediately, they fell with ease into their characters.

The Country follows a couple, Richard and Corinne, who have moved to the countryside to escape the city and the past that came with it. However, on the night on which the play begins, Richard, a doctor, has brought home an unconscious girl that he supposedly found lying on the road. This is the beginning of layers of lies which slowly begin to tear their new life apart.

Sam Ward, the director, told me briefly abouthow they have been rehearsing for the play, focusing on a more improvisational style rather than looking solely at the text. He says that they have been establishing the objectives of the characters within each scene, as influenced by the given circumstances, then improvising from this point.

Even the first scene of the play, with nothing written down to precede it, comes with the weight of circumstance which the audience must piece together over the course of the play. The cast are now applying this very naturalistic way of working to the scripted lines and this certainly comes through.

It is a very human piece, about people and characters who are entirely believable. The influence of the given circumstances earlier emphasised also comes through strongly. Even as Corinne says “I want you to kiss me” to Richard, there is the underlying tension stemming from the fact that Corinne knows Richard has not been doing his rounds.

It is an idyllic picture of country escape: fairy tale landscapes and tweed wearing neighbours who spout Virgil without warning, coupled with the initial image of Corinne cutting out pictures to decorate around the baby’s cot.

Yet beneath these images, beneath the slightly forced smiles and Richard’s concern when Corinne cuts her finger, the atmosphere of distrust is undeniable. There is an unconscious girl in the next room that Richard has brought back from his rounds, into a house of children. Would he have done so if it had been a drunken man, demands Corinne. It is an idyll and a marriage under threat.

Phoebe Hames and Nicholas Finerty work perfectly together – they seem to be a couple who have been married for years, and they weave between normality and accusations with apparent ease as they must at least try to continue with their day to day lives. This looks set to be a strong piece of drama, one that will leave audiences fulfilled yet uncomfortable.