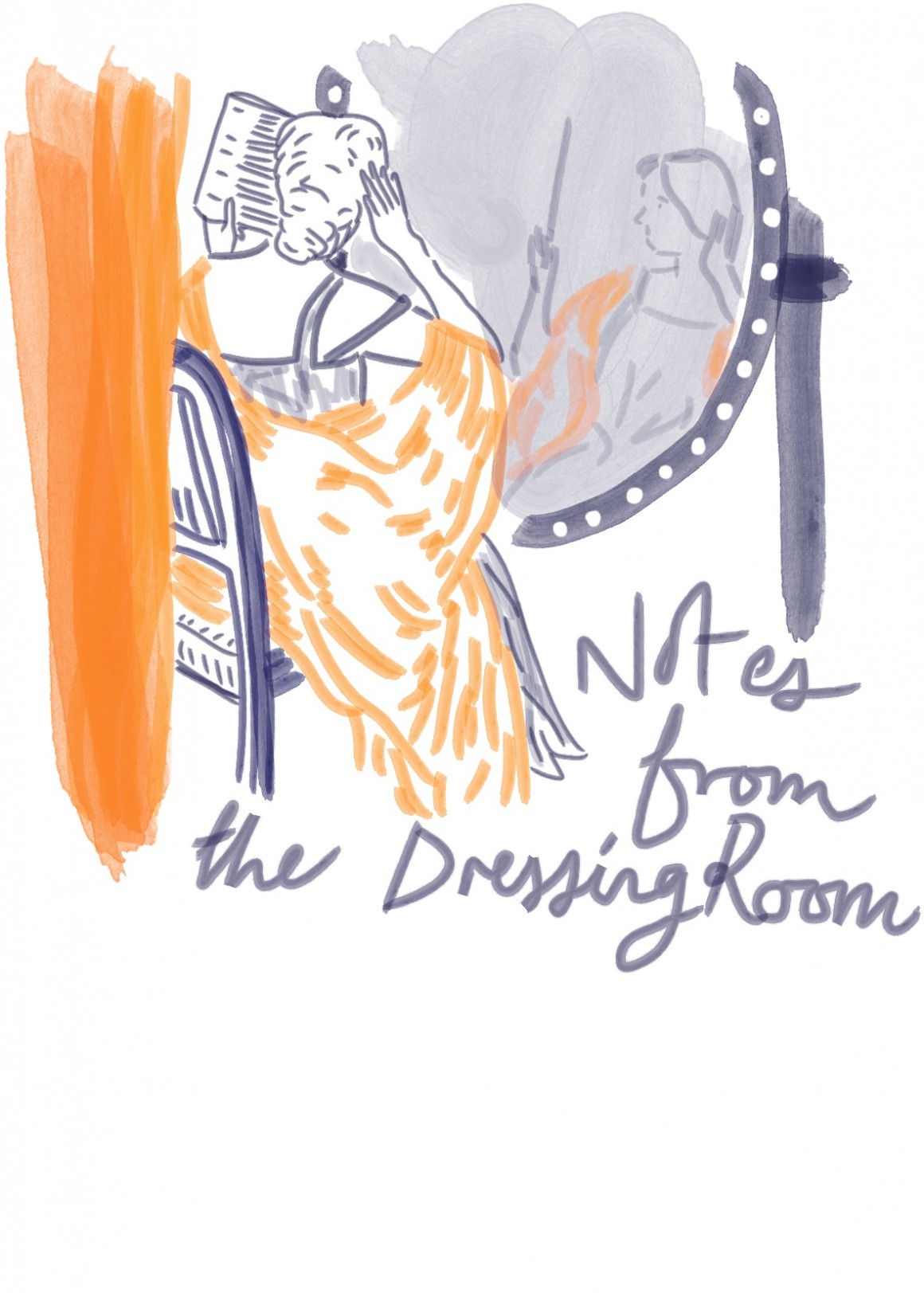 Next up, Assassins, the O’Reilly’s penultimate Michaelmas show and it’s Sondheim, so you know it’s going to be a banger. So far the process has been as far a cry from Jerusalem as you could imagine: (a) All my limbs are, at the moment, fully-functioning (touch wood); (b) I actually know what the costumes are going to look like, which is always useful when you’re the costume designer, you know, and I might as well admit now – since it’s all in the hazy past (aka 4th week) – that I can’t exactly say the same about the last weekend of  the previous production … but thankfully, we did have a visionary director with a wardrobe more magical than Narnia to help us out, so there you go; (c) The only thing to have gone wrong, so far, is ASOS bailing at the last on a pair of rather fine brown mid-century trousers, and I guess I’ll figure out in the morning whether or not that’s a problem (nothing wrong about a pantsless Lee Harvey Oswald, right?); (d) No tattoos; (e) It’s a musical!

In the meantime, however, I’ve been musing lately on the wider implications of the costumier’s eye, and naturally I’ve been observing a lot of thesps and drama types in their natural habitat. And here’s the thing: everyone’s dressing the part.

It’s a bit twee to say that most people choose their everyday clothes based, at some subliminal level, on the desire to perpetuate a personal performance… but yeah, doesn’t make it any less true. And with the drama set, it’s like doing just that – but, you know, amped up on some kind of sparkly Shakespearian legal amphetamine.

With that in mind, I’ve taken note of a few of my favourite get-ups spotted traipsing the wings so far. It’s by no means a comprehensive list, and I’m not saying any of these are representative of anybody actually doing theatre in Oxford at the moment … But, you know. Use your imagination.

Mortuary Chic. The go-to uniform of the hardworking tech individual, it’s black-on-black-on-black. No variation. Not even grey. Not even patterned socks peeking out, rebelliously, in that gap between your jeans and shoes. You might scrape a bit of navy, but you’ll definitely be uber-conscious of the disapproving looks you’re getting from the stage manager, so best not to risk it. Also, black skinny jeans are a tenuous point, only observed by the true rookie, or the seasoned pro. The pro wears the pair with just enough nylon stretch in the cotton mix for them to be comfortable, yet un-prohibitive. The rookie wears that tight, low-slung, stiff new pair from Topshop… and promptly tears them right up the backside seam while bending over a lighting rig. Think of your future career respectability, and don’t be the latter.

Sophistatech. Bit of an upgrade, but only because sophistatechs tend not to be doing quite as much hard graft. I like to think of myself as a bastion for sophistatech style, although anyone who saw how frizzy my hair got in a backstage dressing room (admittedly filled with ten sweaty men, which was definitely not as appealing as it sounds) will probably disagree with you there, and have some grounds for it. But anyway. The sophistatech wears appropriately dark and subdued but ever-classy clothes, usually a uniform of cigarette pants and dolman knits.  My staple is platform booties. Always good. Until you try to flirt with actors and put makeup on them at the same time. And forget the floor. And stumble. And fall into five bins.

Emily, the producer for Assassins, also has sophistatech style down. She, however (to my knowledge at least) has never fallen into a backstage bin, flirtatiously or otherwise.

Producercheck. Red check shirts over white t-shirts, scruffed-at-the-knees jeans, functional shoes and a demonstrably level-headed smile. This is the uniform, I’ve noticed, of the top designers and producers. They get bright colours, because once the show gets underway, they get to be front of house and don’t need to crawl around in mud and tulle and LEDs backstage, generally. And also because bright colours = cheer, and they’re vital morale boosting champions, as well as everything else.

The Demigod Shirt. I’m not calling anyone out on this specifically, but as a rule: the more important s/he (thinks) s/he is, the less likely s/he is to iron a shirt. There is a specific kind of shirt belonging to the truly accomplished theatre persona: it’s a little bit silky, a little bit billowy, a little bit oversized, it’s open at the neck to reveal a poetic triangle of bare flesh, it’s a romantic nod to the Renaissance stage/the Herculean demigods of Aristotlean theatre (by way of the Burton summer sale)… and it’s easily divested.

Which is good, because I’ve been here over a year now, and I’ve seen an awfully high proportion of general shirtlessness on the Oxford stage, everywhere from the BT to the O’Reilly to… well. Other places too. I think there’s something intelligent and constructive and meta-theatrical or whatever behind the logic of this. I also think people must be getting really cold by now.

A night at the museum? Robots takeover the Tate.