Skip to content
Danny Cohen knows he’s in the right job. “I’ve always loved telly,” he confesses, before reeling off a list of the comedies, dramas and documentaries he has the opportunity to watch before they air. Despite his meteoric assent through the television industry, Cohen still has a lot of time to spend in front of the small screen. Eighteen months in the job as the Director of BBC Television has not dented Cohen’s enthusiasm: “Yeah, I watch a lot of TV.”

An English graduate from LMH, Cohen is back in Oxford to talk at the Union. Wrapped in his coat in the freezing Gladstone Room, he gives an amiable but somewhat rushed impression – his car has been stuck in traffic on the Banbury Road and he is keen to get back to London. In his thick-framed glasses and with a layer of designer stubble, Cohen is doing little to counter the reputation for trendy, liberal management which has made him a favourite Daily Mail whipping boy.  His genuine passion for TV is palpable, however, although he admits that he can no longer switch off by switching on:

“I watch a lot of sport to relax – I like watching football and cricket. I don’t know how to make sports programmes, so I can watch them without thinking about how they’re made.”

His hipster image aside, what is most striking about Cohen is his youth. Appointed as Controller of BBC One aged 36, he was the youngest person ever to take on the role, and his appointment has helped to revitalise the institution. His leadership style is all about bridging the gap between senior management and those who work on the floor; under Cohen, the BBC’s senior staff have worked on shows as runners, assistants and caterers – Cohen himself spent an afternoon in the costume department of Strictly Come Dancing.

I sense the initiative has something to do with Cohen missing the creative satisfaction of directly commissioning programmes. He has an impressive track record for putting highly successful television programmes on air. During his time at Channel 4 and E4, he was responsible for some of the channels’ most popular output, from Fonejacker to The Inbetweeners and Skins.

Leaving E4 in 2007, Cohen’s three years at BBC Three saw the channel increase its share of young viewers by more than half. His strategy fostered home-grown talent such as Being Human alongside the acquisition of programmes from Australia and America; it is Cohen we can thank for BBC Three’s airing of Summer Heights High and Family Guy.

For Cohen, there’s never been a more exciting time to work in the television industry. His own commissions as the former Controller of BBC One attest to the success of the series format in providing more opportunities for complex narratives developed over the course of weeks rather than two hours. From Call the Midwife to The Village, the shows for which Cohen has been responsible have attracted major British writing and acting talent, demonstrating the competition films now face from TV. Cohen believes the shift reflects “the quality of the work and the complexity of the work they can do [on television], the richness and range of the storytelling they can take on is actually more exciting, interesting and compelling in television than in movies.”

While the small screen threatens to rival the silver screen, Cohen is no longer at the vanguard of new TV. His new role is “slightly less interesting. It’s more about the reputation of the BBC, the strategic future, rather than ‘let’s do this drama, let’s choose this comedy, let’s work with this talent.’ I now manage the people who make those decisions. You’re one step further away which has its benefits – but I do miss some of that creative input too.”

Cohen’s “strategic future” for the BBC has come under criticism; he is determined for instance to have more women on primetime television, starting with comedy panel-shows, often seen as the preserve of male comedians. In February he promised viewers that shows such as Mock the Week and QI would work harder to ensure that they included at least one female panellist.

Despite accusations of encouraging tokenism from BBC-regulars such as Dara O’Briain, Cohen is determined to push ahead; “It wasn’t happening fast enough, and we still had too many shows which didn’t have any women on them. I would never say that it needs to be 50-50, or that it’s got to be exactly this every week, but it’s not right that we have these all male shows. I do think it’s possible to find lots of funny women to appear on them.

“Over time you will see a lot more women in these shows, and we’ll then have a better gender balance. I think that’s what we need.”

Cohen’s acute awareness of the BBC’s sometimes sub-par record on representation reflects the responsibility he feels as the head of a taxpayer-funded broadcaster. While he disputes the claim that the BBC is ratings-obsessed, Cohen is candid about the difficulty of producing programmes that are both critically successful and popular:

With such ambitious values at its core, how can the BBC ensure that it offers neutral reportage and analysis for its viewers? “Our impartiality is really, really, really important to us, and you see us come under pressure from both sides.” Cohen cites the Scottish devolution debate as an occasion when the BBC had to “work incredibly hard to maintain that impartiality”.

Cohen is realistic about the possibility of ever providing truly impartial news coverage. “Are we a perfect institution that gets everything right? No broadcaster in the world is.” He is, however, confident about the BBC’s commitment to neutrality: “Do we work harder than any broadcaster in the world at our impartiality? I believe so, yes.”
Photo Credit: Roger Askew
Post Views: 725
Share this... 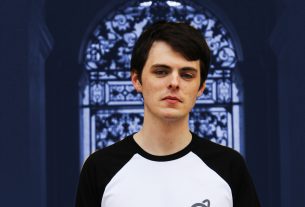 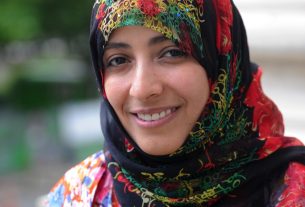 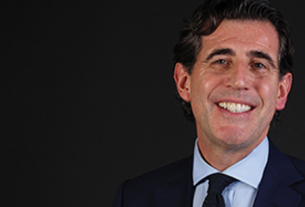 Steve Cooke, Slaughter and May Senior Partner, on his music career and practicing law