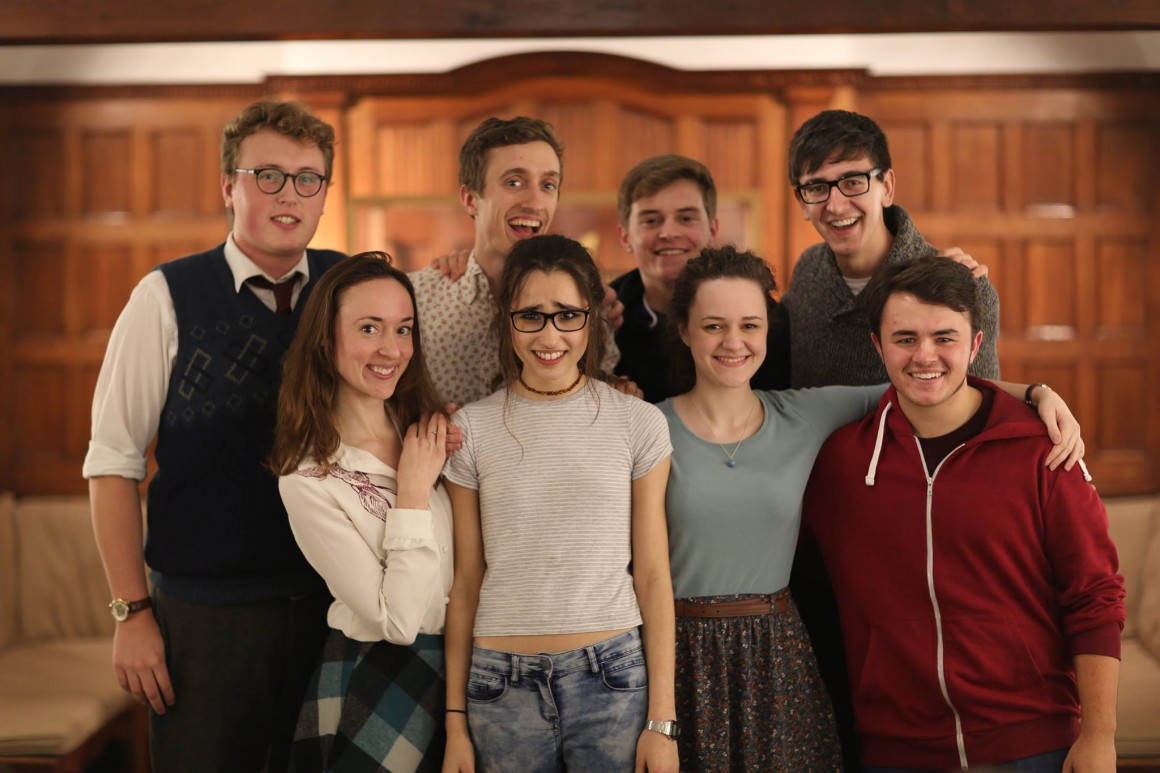 The outrageously funny new generation of Oxford Imps will make their grand debut live on stage at the Wheatsheaf pub, 129 High St. on 1st December at 7:20pm. The evening promises to be one of the highlights of the Michaelmas term for the comedic troupe, which has become renowned for delighting crowds with its crazy antics, spontaneous unpredictability, and rapid-fire jokes.

There are nine “nubes”, seven of whom are stage performers and two who are new pianists.  The stage performers, according to co-producer Francesca Evans, were selected from over 100 auditioners for the prized opportunity to join the group.   “It actually can prove more difficult getting into the Imps than to Oxford Uni itself,” Evans said.

Having spent eight weeks building up to this performance, Evans remarked that 1st December is going to be “a big deal” for the “nubes.” “It’s so special,” she continued, “it’s their chance, if they’re a stage Imp or on piano if they’re a Pianimp, to improvise in front of a paying audience, so their hard work and dedication over the past term really pays off.”

When asked what it felt like to be selected as an Imp, Mastroianni, Ph.D. social psychology, said it was absolutely “IMPcredible” while Forristal quipped, “it’s so much fun being part of an amazing, weirdly dysfunctional family where everyone is mental in a brilliant way.” “It’s like being part of a clandestine secret society…but a very nice one,” said Pinkoski.

The best part of being an Imp, according to Mills, a law student, is that improvisers tend to be “cool, crazy people.” Allegranza France, Ph.D. biology, agreed: “I love doing scenes with the Imps and coming up with crazy stories that would never happen, even in film.”

Nube pianist Josh, quipped: “For me, the Imps’ yacht was the biggest attraction.” Parsonage-Kent, who used to write comedy for the BBC, described the experience “like being in a band with its mix of personalities” whereas Houseman, an archaeology and anthropology student, loved the fact that the Imps “push the boundaries” and produce absolutely “ridiculous characters.”

The most difficult aspect of being an Imp, according to Mastroianni, is “not thinking” but “switching off your mind” so that it is open and receptive to rapidly evolving situations live on stage. “Leaving any form of pride or insecurity at the door” is key, according to Forrestal.

Several Imps agreed that singing on stage was the biggest challenge, particularly since songs had to be simultaneously in tune, witty, and on track story-wise.  While Mills has absolutely no regrets, he admits that being an Imp is a  “huge time commitment that dominates your life. You also have to keep your energy up for all the performances and this requires a lot of commitment and focus”.

All of the new Imps expressed their excitement and enthusiasm for their upcoming debut on 1st December at the Wheatsheaf. “I’m gagging for it,” Forrestal proclaimed. “I want to be there, to stand before an audience and humiliate myself and be laughed at. I need applause to live.”

The event is sure to be a sell-out.  Doors will open at 7:20pm for an 8pm start. Given the level of talent, the evening promises to be full of laughter as well as a rollicking good time. It is a must-see for anyone looking for side-splitting humour.

The Oxford Imps perform every monday at 8pm at the Wheatsheaf

No Sacred Cows in The Goat

Legend of the Guardians: Soaring above competition