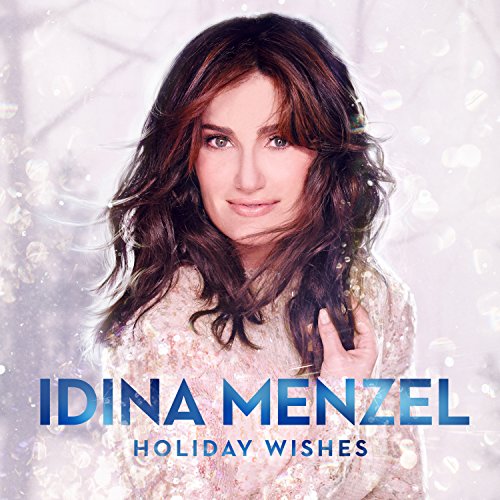 Idina Menzel is here to wish you a very merry Christmas

Perhaps more famous now amongst the general populace for her role as Queen Elsa in Frozen, Idina Menzel reminds us all why we shouldn’t forget her extensive pre-Disney career with her latest album, Christmas Wishes.

The 12 tracks maintain a somewhat conservative choice of Christmas songs, straying away from most traditional carols found in formal settings at this time of year, and focusing instead on the newer Christmas classics – ‘Baby, It’s Cold Outside’, ‘White Christmas’ and ‘All I Want For Christmas Is You’ being three such tracks.

The album opens with ‘Do You Hear What I Hear’, a calm song about the birth of Christ. Menzel successfully tones down her powerful vocals without losing any of the strength that makes her so unique in what is a good start to the album. The song teases you into listening to the rest of Christmas Wishes and pushes you towards the mistletoe and tinsel despite it being November. Listeners are then bombarded with the traditional Christmas bells making their first appearance in a non-tacky way. Merrily roasting chestnuts allow Menzel’s voice to carry the track at first, before a wave of light piano and strings moves into its own. The emergence of a choir for the last couple choruses give a feel of communal merriment with Menzel at its head.

In what may be one of the grandest Christmas unions of our time, Menzel joins forces with Christmas King Michael Buble and a music power couple is born. Their take on ‘Baby It’s Cold Outside’ feels a lot like many of its other covers, with Buble’s musical drawl. Menzel brings her voice to the table but it doesn’t quite manage to save the song – it’s not a disaster, by any means, but from two such big names you expect more individuality. The duet is not particularly cosy either, so it doesn’t seem cold outside, but rather between them.

‘Have Yourself a Very Merry Christmas’ is potentially one of the strongest songs on the album, as emotions seemingly lacking from the previous song find their way into Menzel’s vocals. The backseat of the music and its soft piano really allow her to shine, intensifying the emotional veracity of her voice. Big Broadway notes demonstrate her talent,  but with the introduction of another group chorus, this one softer and more whispery than the last, the song retains its sentiment and is not overpowered or seemingly tacky, as so many Christmas covers become. ‘What Are You Doing New Year’s Eve?’ and ‘December Prayer’ are both incredibly emotional tracks when sung by Menzel and producers have again allowed her voice to shoulder the musical burden, a feat not many artists could achieve. The Broadway feel to the latter allows listeners to be overwhelmed by the music. However, they can’t quite shake off the feeling that this song would be well suited to a more animated environment, and the Elsa vocals shine through on this track. Disney does arrive in style just afterwards, with a cover of ‘When You Wish Upon a Star’. I’m not quite sure how this fits into the Yuletide chronology – maybe Menzel should put together an album of Disney covers. I’d definitely buy it.

‘All I Want for Christmas’ takes on more of a Love Actually approach than it does Mariah and would definitely be suitable for a stage production; it seems somewhat out of place on this album. It was most likely included to increase the pace and give a greater variety of rhythm, but the music seems constantly at war with Menzel and it thus becomes a difficult sing-a-long. The opposite is true of ‘Silent Night’, but here Menzel’s voice is a tsunami. She performs it well, but perhaps unrealistically – I don’t feel the average carol service singer this year will be quite so flawless.

It’s nice to hear the sleigh bells return for the last couple of songs on the album, and as the pace and emotions pick back up, listeners will be roused from their egg-nog stupors in order to bop along and have a ‘Holly Jolly Christmas’ before the album rounds off with the classic ‘White Christmas’, in which Menzel shares the spotlight with an impressive saxophone. It’s a great cover of the song, and Menzel attains a spectacular fusion of power notes, emotions and instrumental arrangement.

Menzel’s incredible voice is definitely going to get listeners excited for the holiday season, although perhaps giving them unrealistic expectations of how harmonious most choirs and carolling groups will be.