Warning: mysqli_query(): (HY000/1030): Got error 28 from storage engine in /home/oxfordst/public_html/wp-includes/wp-db.php on line 2007
 More than just midges and moors: Scotland's creative side – The Oxford Student
Skip to content 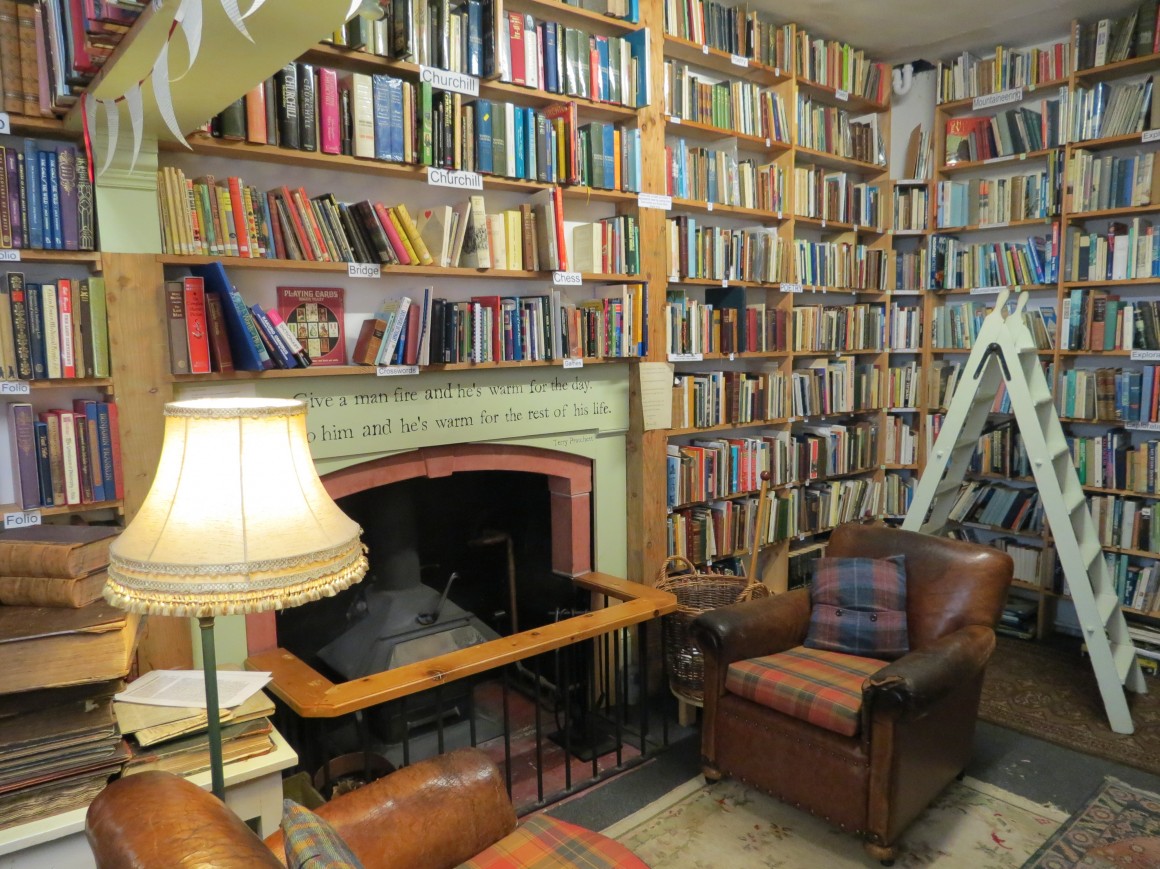 Nestled in the countryside of Southwest Scotland, there is a small place marked on the map as Wigtown. It has a town hall, many cafés, a good pub (or two), and a co-op for all your basic needs. It’s essentially another quiet rural retreat in Scotland, with enough to live on and some interesting history to lure any passing tourists in for a cup of tea and a story.

That doesn’t explain though why its town square is full of people roving this way and that, diving in and out of shops, when I alight from the car with my own map in hand. While Wigtown is quiet and rural, it also has a reputation which makes it a popular visit. Wigtown is Scotland’s National Booktown, and it boats an array of shops dedicated to the selling of second-hand books. Transformed just over ten years ago, in order to revitalise a town whose two major employers had closed, Wigtown is now an unparalleled haven for book lovers. Ranging from the collection specific to out-of-print, children’s literature to non-fiction, there is a bookshop for everything. Even the cafés participate; there is always a shelf stacked with popular 50-pence paperbacks to peruse while you wait for your scone. The town – and its inhabitants – live and breathe books.

As an English Lit student, Wigtown was easily a must-see in Scotland. It may seem like a contrary way to spend the vacation, as reading lists dictate my entire degree, but the point of vacation is not to avoid books. It’s having the freedom to choose exactly what books you want to read (my vacation list was at this point still on hold, buried in a folder somewhere, being saved for a rainy September day). So, for the week we were in the area, I was an absolute nightmare to my family. To prise me away from a shelf of penguin paperbacks was no easy task. Getting me to choose between two ageing travel journals, both slightly overpriced, was an agonising decision that required thought – a lot of thought. I was close to becoming a resident of Wigtown merely for the amount of time I spent there. Soon my family gave up trying to help; they went for refreshment, and waited it out.

The place most difficult to tear me from, which very quickly became my favourite haunt, was The Bookshop. An obvious name, but a true one nonetheless. The Bookshop is a delightfully eclectic mix of genres, spread out and organised across nine rooms of an old house. Furnished to resemble a cosy personal library, there are fireplaces decorated with literary quotes, old-style ladders running up the sides of shelves, and armchairs randomly placed. In the corridor, a skeleton playing the violin hangs from the ceiling. It should feel put together, and yet The Bookshop hits just the right note between arty and pretentious, and falls comfortably into the category of charming.

Business is steady; The Bookshop is rarely empty. When it gets too crowded for a short while, I head for the Garden Room, which no one seems to find. When it gets quiet again, I’m back in the main body of the shop, weighing up the pros and cons of a new find. Then I’m distracted by a sign pinned to a wall. It is a new idea being tried by the owner, and I’m sorely tempted. In essence it is a random book club, where once a month a package will arrive at your door. The contents could be anything from a rare first edition, to a guide on sewage disposal. If only Student Finance knew, then maybe my loan would stretch to cover the cost of it. Though perhaps it’s for the best. My hidden reading list lurks unhealthily at the back of my mind.

A week in Booktown: an enthusiastic English student’s paradise. From a sleepy town with little commercial future, to a popular visit along the south-west coast of Scotland, Wigtown is one aspect of Scotland’s creative side that is too easily missed amongst the tropes of haggis, kilts and battles on misty moors. Not too many miles away is Kirkcudbright (kir-coo-bree), The Artists’ Town, as well as Scotland’s designated Food Town, Castle Douglas, slightly to the north. If you’re in need of creative therapy not too far from home, then just over the border is an area of Scotland bursting with possibilities for a relaxed break of ‘being artsy’. Plus there is still the odd castle here and there for when the sun does come out.