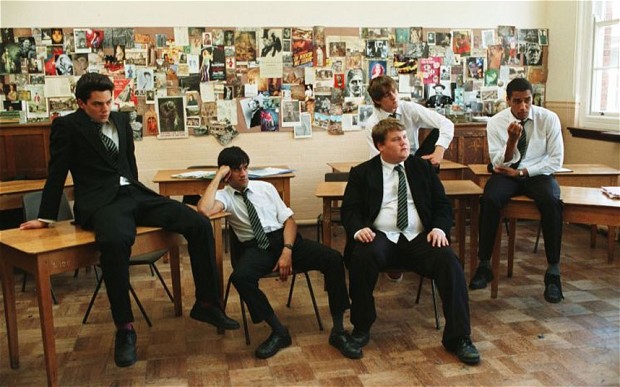 Oxford interviews: a guide for the perplexed

As the drag of Michaelmas term finally comes to an end, the Oxford hub becomes the scene for another group of students – the eager interviewees. In smart attire, freshly polished shoes, looking as academic as they will ever be, these dressed-to-impress newbies flood into Oxford with a mixed bag of nerves and excitement. To help them out, quick-fingered tweeters have been busy hashtagging their pearls of wisdom. In the spirit of interview-fever, we have selected a few of these gems to bring to you the ‘Top 10 Twitter Tips for an Oxford Interviewee’.

#OxInterviews tip: the college bar is great fun in the evening, but don’t push yourself and ruin the next day’s chances

Top tip #1 for #OxInterviews: think out loud in your interview – its not about what you know but about how you think! — Louis ‘OUSU’ Trup (@OUSU_Pres) December 8, 2014

Don’t be afraid to ask for a minute to think about a difficult question. Take your time – slow and steady wins the race. #OxInterviews

Remember: tutors want to see how you think, not just what you know. Getting a question wrong ≠ doing badly at interview! #OxInterviews — Chris Pike (@OUSU_WEO) December 9, 2014

#OxInterviews tip: easier said than done (I know) but don’t panic! Tutors aren’t there to scare you and they want you to do well too

My #Oxinterviews tip is not to listen to other people talking themselves up – you’re probably just as good as them just maybe not as loud! — Millie Ross (@millieross4) December 8, 2014

Another #OxInterviews tip- don’t be afraid to nap! It is exhausting and you will need all the rest you can get. (do set an alarm though!)

My #OxInterviews tip is to ask interview helpers if you need it. No question is too stupid and they’re always happy to help. — Mark Smyth (@smyth_mark) December 8, 2014

#OxInterviews tip: keep calm, and enjoy a chance to chat about your subject with a world expert More tips from me on my timeline 🙂 #OxTweet

At the time, Oxford interviews seem like a nightmare. You picture horrific scenes of stuttering your way through half-baked opinions on Shakespeare’s lesser-known comedies in a police-style interrogation room as a row of humourless academics look on in silent judgement.In hindsight, we can safely tell you that it really consists of a forty-minute chat in a room with comfy armchairs and the occasional feeling of mild embarrassment. That is literally it. Far from the academic Hunger Games you are expecting, it really is just a series of somewhat entertaining conversations with people who clearly know their stuff. And frankly, if you’re nervous, good. Brazen overconfidence is almost never a recipe for success, and nerves can be usefully channelled into a good performance. In addition to the above advice, here are our very own ‘Four Commandments’ for surviving Oxford interviews:1. As obvious as it sounds, avoid faux pas. By all means make bold and radical claims, but do be careful to contextualise them properly. One candidate, when answering a question about Historical Determinism, came perilously close to letting Hitler off the hook. It may sound like obvious advice, but don’t be nice to the Nazis.2. Don’t be arrogant. You need to make a good impression, but waltzing into the interview exuding a hubristic confidence will not endear you to your interviewers. There are two types of candidate: the type who, when asked how their interview went, shrugs and says, “Yeah, alright I suppose”, and the type who says, “It was brilliant! I bossed it!”. The latter category comprises almost entirely of people who are never seen again.3. Do talk to your fellow human beings. Forget about the competition and enjoy their company. Somewhere among this bunch of misfits and mavericks may lie your future friends, colleagues and comrades. Go out for coffee together. Chat. (But avoid the pub the night before your interview.) It’s incredibly liberating when you view these people as potential friends rather than competitors. 4. Last but not least, enjoy yourself! Get down to G&D’s ice cream parlour; they serve the most glorious post-interview pick-me-ups money can ever buy. Also, have a wander round the city – it is particularly stunning at this time of the year. For coffee breaks, we recommend ‘Turl Street Kitchen’ next to Jesus College. Alternatively, ‘Pie Minister’ in the Covered Market is sure to satisfy your rumbling tums.That’s it for now! All the best and on behalf of the team at OxStu, we hope to see you soon!