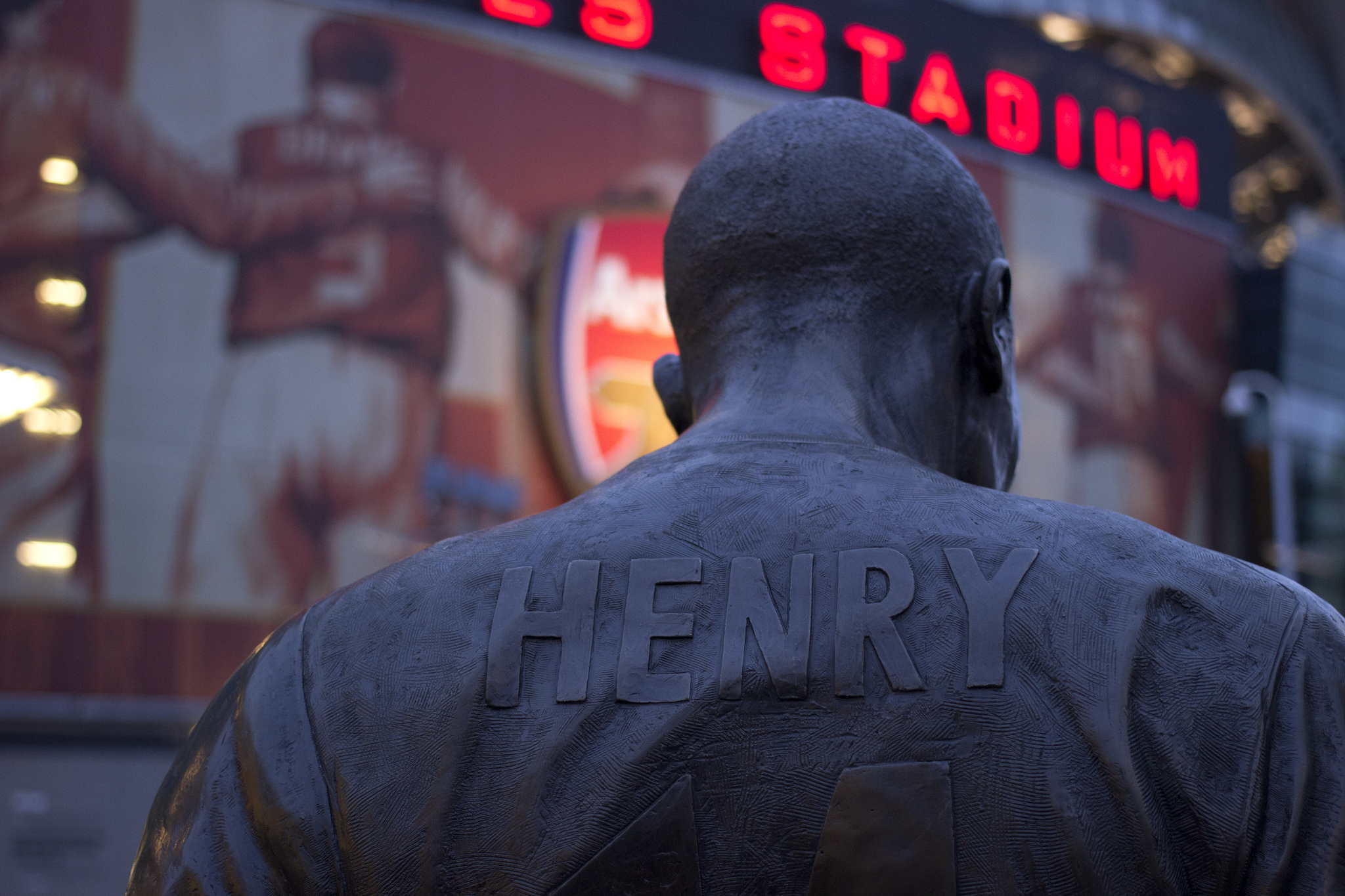 It is often said that all good things must come to an end. Thierry Henry’s illustrious career is just the latest casualty. Early on Tuesday morning, the news broke that the former Arsenal and France star would be retiring from football and joining the Sky Sports punditry team in 2015.

Just this past week there were rumours of a second return to the Premier League, but the Frenchman brushed these off in typical fashion, asking how many comebacks one can make without turning into Rocky Balboa. This easy and confident manner translated in magnificent style onto the pitch, both for his clubs and his national side, leading him to be named PFA Players’ Player of the Year twice in succession in 2003 and in 2004, as well as being the only player ever to have won the FWA Footballer of the Year three times. There is no doubt that he is a true Premiership and Arsenal legend.

Growing up in a rather deprived suburb of Paris, the young Henry quickly attracted attention and was recruited to play for the local team, despite not being all that interested in football. Certainly, with his physical attributes he might have excelled at any number of sports. A few years later, Monaco scouts were so impressed with his play that he was asked to join the club as a youth player without so much as a trial. This was to be the start of Henry’s partnership with Arsène Wenger, who would later bring the player to Arsenal, after a frustrating stint playing on the wing at Juventus.

Wenger was the mentor that allowed Henry’s genius to blossom. He developed from pacy winger to awe-inspiring striker, capturing the imagination of fans everywhere. Partnered with Dennis Bergkamp, one of the game’s master technicians, Henry thrived as a centre-forward, and repaid Wenger’s faith in him with some truly astonishing football. His trademark move – that many have tried to emulate – was to cut in from the left, giving the goalkeeper the eye to suggest he was going for the near post, but then to slot the ball in right-footed at the far post. Henry truly was one of a kind one-on-one against the best keepers in the world.

“Will it ever be done again?”

Henry became Arsenal’s all-time leading top scorer in his 8 years at the club, breaking both Arsenal legend Cliff Bastin’s league record and Ian Wright’s club record in the process. He was a key member of Arsenal’s “Invincibles”, who won the league title unbeaten in 2004. Fans still speak about this feat in awed tones, and wonder: “Will it ever be done again?”

In recognition of his unique contribution as a goalscorer, Arsenal unveiled a bronze statue in 2011 of the striker’s characteristic sliding celebration, capturing the pose he struck at White Hart Lane in 2002, after scoring a wonder goal against his club’s North London rivals, a moment that could be seen as wonderfully indicative of Henry’s genius, as well as being a rather cheeky reminder of an act of defiance.

Though Henry maintained that he would be ‘at Arsenal for life’, the point came where he felt he needed a new challenge, particularly as Wenger’s future at the club seemed increasingly uncertain, and he decided to move to Catalan giants Barcelona. He enjoyed three successful seasons there, finally winning the coveted Champions League, the trophy that had eluded him in his Arsenal days. He then went to the New York Red Bulls in 2010, a lucrative transfer that proved to be his swansong.

If Henry had any regrets about his glittering career, they might well be about the lack of recognition he received at international level.

Although he helped France to both their World Cup and European triumphs in 1998 and 2000 respectively, Henry is not as revered in his homeland as he is in England. While he is hailed throughout the world as one of Les Bleus’ best players in the past 20 years, he is far behind Zinedine Zidane and Michel Platini in the estimation of the French, and it is easy to see why. They remember the Henry that was meant to be the talisman of the national side, but who instead produced lacklustre and disappointing performances, with the early exit in the group stages of Euro 2008 seen as a prime example. It seemed that without the nurture and support of Wenger, Henry struggled to reproduce his club form.

They also remember the Henry that handled the ball twice against the Republic of Ireland in the run up to the winning French goal, scored by William Gallas. While France manager Raymond Domenech and Wenger defended the striker, this is the image that stuck in the public’s mind. Zidane’s heir apparent was a source of national shame, so much so that Henry decided to announce the news of his retirement via the English press, a sad but unsurprising reminder of his  middling status in his home country.

Nevertheless in England, and especially amongst Arsenal supporters, Thierry Henry will be remembered as a supreme athlete, a goalscoring machine, a member of the unique Arsenal Invincibles team of the early noughties: “The Master”, as Gary Lineker dubbed him. It was he who could raise the roof of the “Highbury Library”, and that alone should be applauded.