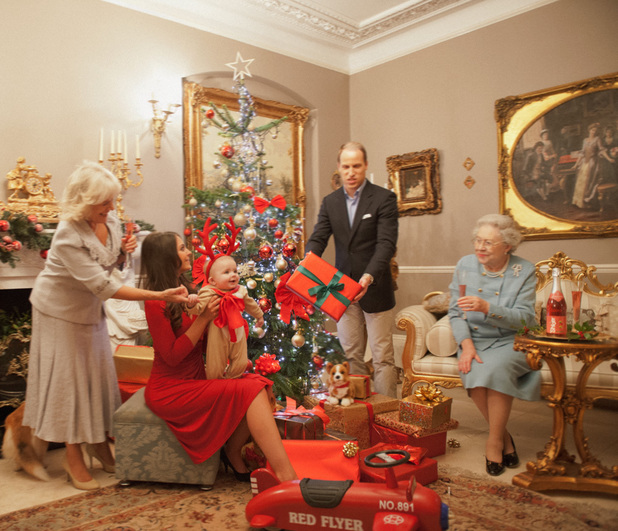 The OxStu’s guide to surviving a family Christmas

Christmas can be stressful, particularly if a significant part of it is spent in an enclosed space with a large number of squealing children, drunken uncles, passive-aggressive parents, and those relatives from the South who never tire of observing how much colder it is up North. With that in mind, I offer my guide to surviving a family Christmas, and wish you the best of luck with your own.

No-one actually likes Christmas food. There are many foodstuffs exclusive to Christmas; mince pies, turkey, little bite-sized milky ways, etc. But here’s the thing: no-one actually likes them. If we did, we’d eat these festive delicacies all the time, and not just as some crazed winter solstice ritual. Take mulled wine, for example; when else does anyone in their right mind want hot wine? It’s only appealing for the brief period of time between being poured a glass and your first gulp. We so dislike Christmas pudding that we set fire to it before grudgingly conceding to tradition and actually eating it. Just grin and bear it, and wash it down with a nice glass of room-temperature wine.

Alcohol. You will almost certainly drink far too much of it, and wake up on Boxing Day feeling like you’ve been kicked in the head by Rudolph. Try to enjoy it; alcohol can be a social lubricant, or at the very least it can help you tolerate Christmas music.

Ah, Christmas music. You will be trapped for up to a week with the same old collection of tired Christmas numbers, a never-ending loop of Slade, Wham!, Mariah Carey and the Pogues. A musical Ouroborous, all entertainment value long since expired, nauseating the listener with plastic and insincere sentiments of jollity. Oh, and ‘Baby It’s Cold Outside’ is just as creepy as everyone says. Still, a lot of the comfort of Christmas is in the familiar, and I will almost certainly find myself listening to that same threadbare playlist. I can at least recommend some Christmas songs which provide a breath of fresh air: Stiff Little Fingers’ cover of ‘White Christmas’ is an absolute joy, Idina Menzel’s magnificent ‘Let It Go’ can be weakly rationalized as a Christmas song and I will gladly take it, Michael Bublé has a number of shockingly listenable covers, and Elton John’s ‘Step Into Christmas’ is surprisingly good.

Always be grateful. You may already have several bottles of this same bubble bath that you never use because it smells like fairy vomit, but don’t say that to the one aunt who gets you the same thing every year. It’s the thought that counts, and this goes both ways. You can be very difficult to buy presents for, you know.

Christmas films. You will have to watch at least one. I recommend The Muppets’ Christmas Carol. I just spent the better part of a month studying Dickens, and I can safely say that it is by far the greatest adaptation of his work. Either watch that or Santa Claus Conquers The Martians.

There will always be that relative who pipes up at some point in the morning saying “Why don’t we all go to Church?”, having showed precisely zero interest in religion at any other point in the year. You must always ignore them. They’re only after those mince pies the church gives out.

When dealing with wrapping paper, follow everyone around with a bin liner to snatch it off them as soon as it’s discarded, like a crazed reverse-Santa Claus. Otherwise your living room will look like a particularly tasteless and ineffectual bomb has hit it.

If you bring up politics at the dinner table, you do so at your peril. Trying to explain the Citizen’s Income to your extremely conservative uncle over a bowl of sprouts is a particular kind of awkward and undignified, and I find that the finer points of fiscal policy start to slip my mind after a few glasses of wine.

When your Dad jokingly says ‘World Peace’ when you ask him what he wants for Christmas, what he means is ‘some restful quiet for a few days’, so if possible, avoid arguing too much with your relatives.

Finally, do try to enjoy Christmas. Despite all the bickering, stress and occasionally eye-roll inducing antics of relatives, it is a good opportunity to spend time with family, which are becoming increasingly rare these days. Think of it like the Eurovision Song contest; incredibly naff and a bit ridiculous, but something to revel in and enjoy while it lasts. Plus Graham Norton’s on telly.

A Merry Christmas to all of you at home. Rest ye merry gentle people of all genders, and God bless us every one!