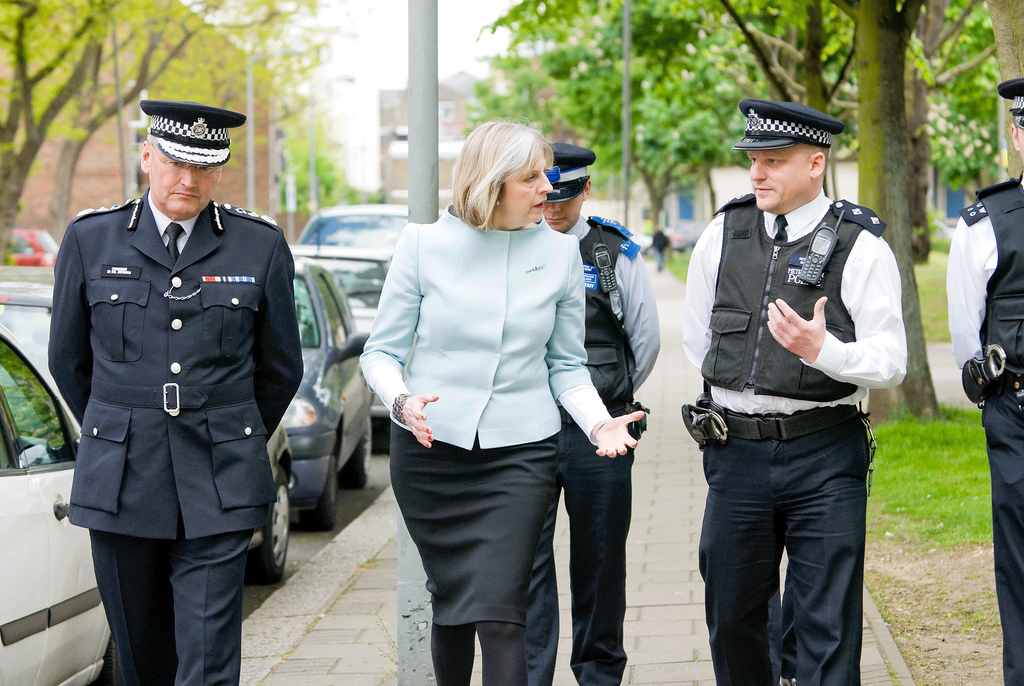 On December 8th, 2014, a poll conducted by Conservative Home for the future Conservative leadership yielded the following results: in first place came, Theresa May, second was Boris Johnson and third, George Osborne. With the demotion of Mr. Gove in the latest reshuffle, it seems very likely that the contest will indeed be a battle between these three. However, whilst the names are the usual suspects, the order may come as a surprise. It is not until recently that May has come to be considered a plausible leader, let alone a probable one. Is Theresa May really Conservative leadership material, and can she stave off the challenge of an increasingly popular Boris Johnson?

It is worth beginning by comparing (or contrasting) May with her principal rival. The ways in which they are referred to is a neat encapsulation of their political personae. Journalists, broadcasters and the general public all seem to be on first name terms with ‘Boris’, whilst discussion of ‘Theresa’ is non-existent. There is no denying that Boris has style. Somewhat scarecrow-esque in appearance and manner, his offhand, clumsy demeanor is a masterpiece in political calculation. In an age of a Farage-obsessed media, an unconventional politician is an asset to any party, and Boris knows it. Herein lies May’s greatest shortcoming. Few would describe her as charismatic, and she devotes far more of her energies to political policy than performance. Her attempts to boost her public profile have been weak; in spite of a fiery Conservative Party Conference speech and an appearance on Desert Island Discs, little is known about her, leaving a general impression of understated efficiency. This makes for a good Home Secretary (as her staying power in the post testifies), but whether it inspires votes is dubious. The party’s experience with previous leaders of this sort, notably John Major and Iain Duncan-Smith, would suggest not.

But how unconventional a politician is Boris? This is the man (the white Caucasian man) who refers to Chancellor George Osborne as ‘oik’ because he attended St Paul’s rather than Eton. And let’s not forget the infamous Bullingdon Club photograph. Fundamentally, Boris marks a continuance of the established political order, not a break from it. This is May’s inroad. The daughter of a reverend, she spent part of her education at a state school and is also, of course, a woman; not the ‘typical’ Conservative leadership candidate. Rumours that her OE cabinet colleagues have been known to roll their eyes when she speaks in meetings will undoubtedly endear her to the many in the party who are sick of the ‘old boys’ club’.

However, her appearance as a no-nonsense woman standing for Conservative leadership could equally work against her. For a few, comparisons with Thatcher give May appeal but for most, they are a major drawback. The Iron Lady remains a divisive topic for the Tories, but Cameron’s ‘One nation Conservatism’ in 2005 indicated the party had decided, once and for all, to break from Thatcherism. It feels somewhat ironic that it was May who made the blunt observation in 2002 that the Conservatives were seen as ‘the nasty party’. May’s attacks on the police in her Conservative Party Conference speech this year were bold, even admirable; but did she give her opponents another opportunity to attack her? For some, the resemblance to the former leader could prove too close for comfort.

The growing popularity of Mr. Osborne makes it particularly important that May does not cut too harsh a figure. His slashing of public expenditure and rather elongated nose have ensured that Osborne has played the part of cabinet villain for the past four years. Yet, as the success of his economic programme begins to become apparent, Mr. Osborne is slowly but indisputably rising in the public esteem. While he isn’t, and will not imminently be, popular, it is perfectly feasible that he will cease to be the government’s lightning rod for criticism. The public may soon begin to search for a new antagonist and, with the reshuffling of Mr. Gove putting an end to his blinkered crusades, May must tread carefully if she is not to fill the vacuum. Heading the department in charge of the thorny issue of immigration makes this a particularly delicate task. Osborne is still too tainted by his expenditure cuts to top the polls in the foreseeable future, but if he succeeds in shaking the image of austerity George, May could suffer from the fallout.

With Boris hot on her heels May must show personality; in the shadow of the Iron Lady she must reveal a human side, particularly now that Osborne’s growing popularity has made him a less efficient conductor of government criticism. Nonetheless, if she succeeds in these crucial areas, Theresa May could indeed be the next leader of the Conservative Party.