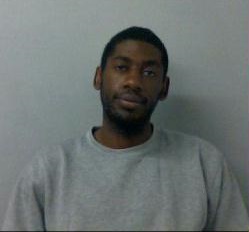 A 30-year-old homeless man has been sentenced by Oxford Crown Court to two years and four months in prison, after admitting to breaking into a number of Oxford colleges earlier this year.

Nathan Dorsett pleaded guilty last Tuesday to four counts of burglary, one count of theft, and one count of being equipped to steal, after carrying out a series of college break-ins in July and August 2014.

He was eventually caught and detained by staff at Mansfield College in October, after being recognised from a ‘wanted’ poster placed around the University by police. He was found with a crow bar and bolt croppers in his bag.

According to Thames Valley Police, Dorsett targeted University colleges because he “did not feel this was as bad as breaking into people’s homes”.

Between July and October 2014, Dorsett broke into St John’s, St Catherine’s, Balliol, St Antony’s, and Mansfield. When inside St Catherine’s, Dorsett stole from a buffet, eating and drinking refreshments laid out for a college conference.

In St John’s, Dorsett entered a college room and stole a handbag, wallet and mobile phone.

Christina St Clair, JCR President at St John’s, stated: “Since the break-ins were over the summer vacation, the majority of JCR members at St John’s were unaware of them. Luckily not much was taken, no more than is lost on a typical night in Park End.”

St Clair went on to say: “Besides reminding students to be cautious with their property and to use basic common sense by locking room windows and doors, we deem security to be the responsibility of the College and the porters who we are happy to talk to and work with to keep students as happy and safe as possible.”

The serial burglar also stole a ring and cameras in Balliol, and electrical items from St Antony’s.

Some students showed sympathy for Dorsett. Former Lincoln student Nathan Akehurst posted “#freedorsett” on Facebook, later commenting: “Reportedly, Dorsett purloined refreshments which were laid out for a conference. I think we should all be following his example on that one.”

Another Facebook user suggested Dorsett should be shown “leniency for having to go to St Catz”.

Dorsett had previously received a 23-week suspended sentence for handling stolen goods at Birmingham and Solihull Magistrates Court. Five other burglary offences – two committed in Oxford, two in York, and one in Norfolk – were also taken into account during Dorsett’s sentencing.

Investigating officer PC Jennifer Hanks stated: “Dorsett had not only been targeting Oxford but had travelled around the country by train and had committed burglaries in other university towns and cities as he did not feel this was as bad as breaking into people’s homes. However, during these incidents he stole personal belongings and stole from educational organisations. This custodial sentence means he will no longer be able to commit similar offences.”