The campaign season for the 2015 General Election has begun in earnest and promises to be one of the most unpredictable in recent times.  However, despite the rise of smaller parties, the election remains a two-horse race; there are only two candidates for Prime Minister.  The prospect of a hung parliament and another coalition would not bode well for the country, leaving us open to uncertainty and weak policymaking.  Against this backdrop, it is all the more essential that a Conservative government is elected with a working majority come May.  The Conservatives are the only party that can be trusted to secure the economic recovery, renegotiate Britain’s position within the European Union, and secure Britain’s borders.

Despite the difficulties of being in coalition and the mess left by the last Labour government, the Conservatives’ record over the past five years is impressive.  Nowhere is this more important than the economy.  As it stands, Britain boasts the fastest economic recovery in Europe; there are 1.8 million more jobs than in 2010, and the budget deficit has been halved as a proportion of GDP.  The Conservatives are the only party that can be trusted to sustain and continue this progress.  They have demonstrated their commitment to tackling the deficit, and have shown that making spending cuts does not necessarily have to inhibit growth, as some critics originally warned, but can instead accompany a strong recovery.  What is more, the Conservatives recognise that, in order for an economy to grow, people need to feel secure in their jobs and keep more of their money.  Enabling hard-working families to support themselves lies at the heart of Conservative policy: Cameron’s recent pledge to raise the threshold at which people start paying income tax from £10,600 to £12,500, and to raise the threshold of the 40p tax rate from £42, 285 to £50,000 makes this clear.  Labour’s spell in government, on the other hand, saw big spending accompanied by borrowing and debt.  It is hardly startling that a Cameron/Osborne team is still more trusted on the economy than a Miliband/Balls duo.  A vote for Labour in May is a vote for a return to financial mismanagement.

The Conservatives also offer the most reasonable solution to the question of Britain’s position in the EU.  In fact, one of the greatest paradoxes of the forthcoming General Election is that UKIP’s main ambition – a referendum on EU membership – can only really be achieved by voting Conservative.  The Conservatives recognise that knee-jerk opposition to Europe, as offered by UKIP, is not a sensible policy, and instead propose a reasonable renegotiation of Britain’s position to ensure we can continue to enjoy the benefits of the Common Market without compromising our sovereignty.  Labour would not even offer a vote, or accept that our relationship with Europe needs reform.  A referendum in 2017 is a chance for an open debate and discussion; who can oppose that?

Given the restricting nature of coalition and the requirement to compromise, it is impressive that the Conservatives have been able to achieve so much during this parliament.  Five years of a Conservative majority would complete the economic recovery, offer a renegotiation of Britain’s relationship within the EU, and would reduce immigration to manageable levels.  The Conservatives can be trusted to succeed on these issues, and is why they deserve our votes on 7thMay.  A Conservative government is the only sensible choice for the country. 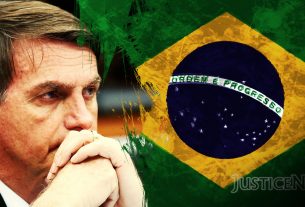 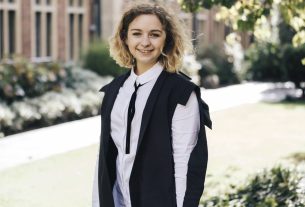 Investigation: Is there a rape culture in Oxford?