Over the last few years, our theatres have been flooded with literary adaptations. In London, Treasure Island and an RSC staging of Wolf Hall are proving popular, while Oxford student theatre last year brought us triumphant productions of Frankenstein and Lord of the Flies. The theatre has become an exciting place to visualise the written word, and one less predictable or traditional than the cinema.

While a novel might be a clear starting point for such a transformation, David Hare’s new play Behind the Beautiful Forevers instead bases its script on Katherine Boo’s vast work of non-fiction that documents a panorama of poverty and corruption in the slums neighbouring Mumbai airport. Hare’s play centres mainly on the rubbish-pickers, their free-swearing matriarch’s struggle with one particularly nasty neighbour, and the whole family’s battle with the justice system.

The production is visually breathtaking, starting suddenly with a huge commotion of vehicles, a sea of dirty plastic bottles and cardboard. What seems a horribly claustrophobic slum rapidly transforms into a grotty clinic, a juvenile detention centre and wide motorways. The attention to detail, colour, and lighting are exquisite, while director Rufus Norris makes the most of the Olivier’s fantastic revolving stage, especially in the closing scene.

The cast were also impressive, the vast majority of whom are either Asian or of Asian descent themselves, reflecting a real triumph for diversity on the London stage. Meera Syal is confident as Zehrunisa, perhaps the play’s focal point and just one of many strong and nuanced female parts in the production. Shane Zaza brings great depth and honesty to her hard-working son, Abdul, while the naïve energy of Hiran Abeysekera’s Sunil is a joy to watch.

However, Hare’s script balks at the task of conveying such a huge scale of slum life. Boo’s 260 pages are condensed into a few hours, and often the shifts in tone are clunky or unconvincing. The bloodcurdlingly gory and tragic moments of the play (be warned: there are many) are not given enough time to breathe, swiftly interrupted by an inappropriately upbeat Bhangra soundtrack. Perhaps this is a deliberate attempt from Rufus Norris to show the chaos and confusion of life as a rubbish-picker, but it ultimately falls flat and undermines the gravity of the more tender moments of the play.

The first half of the production is very successful in its mesmerising illustration of slum filth, though does little to ground us in the human intrigue of the characters on the stage. The attention-grabbing effect of hundreds of plastic bottles cascading from the flies is far more memorable than any of the play’s dialogue or relationships. After the interval, the various new settings we encounter only really serve to confuse us and leave us struggling to hang on to an increasingly fragmented plot.

Rufus Norris does a fantastic job with a rather underwhelming and fragile script in this first production of Behind the Beautiful Forevers. While the staging is perfectly executed, the play itself is far from ready to become a part of the canon. 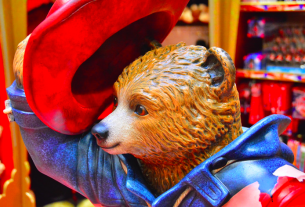 Pinter Perfect: Betrayal at the BT 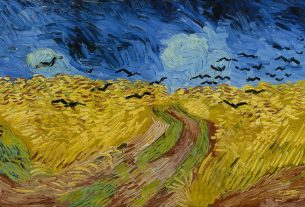