Imagine Life of Pi as written by Steven Moffat. Brutal, metafictional and hugely entertaining, Richard Parker balances a razor-sharp black comedy and a fascinating meditation on narrative and inevitability, the whole thing held together by a mesmerising pair of performances from Jake Boswall and Ieuan Perkins.

The play opens on the deck of a ship, and with a seemingly random encounter between two men, both of whom, it transpires, happen to be called Richard Parker. Richard Parker 1, a soft-spoken everyman played by Jake Boswall, is taken aback by this revelation, but Richard Parker 2, a charismatic eccentric played by Ieuan Perkins, reacts quite calmly, claiming that he knows what exactly what is going to happen next; the ship will sink. Things only get stranger from there.

This is the sort of play that lives or dies on the strength of its performances. Fortunately, Boswall and Perkins are more than up to the job. Boswall effectively conveys a sense of panic and alienation, and this, combined with his impeccable comic timing, means he makes a memorable turn out of what could easily have devolved into an archetypal straight man. Few actors can meaningfully deliver a line like “I was washing up when I first became aware of death”, but Boswall manages it with aplomb. Perkins, meanwhile, gives a very mannered performance as a charismatic, yet slightly creepy schemer, and he visibly enjoys the smarm and verbosity that the role requires.

Thomas hits upon an absolutely fascinating character dynamic; Boswall starts the play as a perfectly sane, grounded individual, and is driven mad over the course of the narrative. Perkins, on the other hand, starts the play demonstrably insane, and by the end he seems by far the more sensible and rational of the two.

This is the first of many clever tricks the play has up its sleeve, and while at times this can get overbearing (the mirrored structure of the two acts is occasionally a little ostentatious) the play is a tight, lean and thoughtful character study, which plays magnificently on the tensions it creates between the ostensibly comedic dialogue and the gruesome things bubbling beneath the surface.

Richard Parker is a deceptively simple story, which reveals more and more intriguing ideas as the drama’s layers are peeled back. This is Oxford drama at its best; a funny, haunting and supremely well-executed story, which will reward repeat engagements. If only Life of Pi had been this fun.

Contractions Looks to Be Pertinent and Poignant 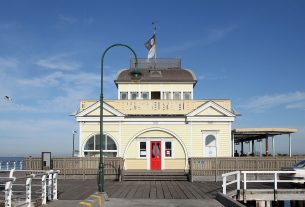