Students at Corpus Christi may be banned from holding bops following a flood during a bop on Saturday night.

In an email to Corpus students, JCR President Bethany Currie described how “someone put a broken glass bottle down one of the staircase 8 toilets and covered it in toilet paper, which someone then tried to flush down, causing the area to flood”.

As well as coming through the ceiling, the water damaged electricals in the college buttery, which resulted in the music failing during the “anything but clothes” themed bop.

Currie stated that this incident “might put our bop-future in peril”, and that “there will be meetings this week between JCR representatives and college on how to deal with the event”.

Students were informed that the glass bottle posed a “significant risk” to the porter who had to unblock the toilet. There was also mention of a Balliol “guest” attendee who was “really rude” towards junior deans  whilst they were in the process of cleaning up.

First-year student James Bruce commented: “It’s really out of order. I hope we’re still allowed to have BOPs in the future.”

Another first-year student added: “It’s really out of order – just like the toilet.”

The Oxford Student understands that no individuals have yet come forward with regards to the event, despite Currie’s email that, “If the person who did it came forward that would make our lives a lot easier, and ensure that the whole JCR does not get the blame for the drunken antics of one person, or a small group of individuals.”

Currie further commented: “The JCR are discussing ways to ensure that bops are just as fun but perhaps a tiny bit less destructive. Not that it was actually that destructive in the end as the areas we were worried might be affected by water damage were back in use today.

“JCR reps are meeting with college later in the week, but college have been pretty understanding of the whole thing.”

This is not the first ceiling-related BOP incident to be recorded. Back in 2012, a bop at St John’s had to be halted by college porters after students caused damage to wooden ceiling panels in the then newly-created “Events room”.

Meanwhile, the ceiling of St Peter’s JCR was similarly damaged during a bop last year.

Corpus Christi did not respond to our request for comment.

Imps around for another year yet 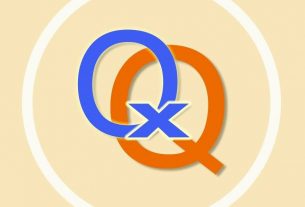