Watching test cricket today, the aggression seen by the likes of David Warner and Brendan McCullum as well as the unorthodoxy of Steve Smith and AB de Villiers, must make the cricketing purists of yesteryear turn in their graves.

The limited overs game and especially T20 cricket has come a long way since Sunil Gavaskar batted a full ODI innings for 36 runs at a strike rate of 20.68 at the first cricket world cup in 1975. If such an innings were to recur at this years world cup the innings would be declared a farce.

The carrom ball, dil-scoop, knuckle ball, ramp shot, palm ball and the switch-hit would be total unknowns in cricketing terms at the turn of the millennium, but the innovation and improvisation required by the condensed game has forever changed the way cricket will be played. When Kevin Pietersen showed the world the switch hit back in 2008, there was a real debate about whether or not the shot is legal, a question rarely asked before in its previous 400 years. This revolution of cricket will forever be the hallmark of the T20 game.

Test cricket is now rarely sold out over all five days unless played in an Ashes series, and the story for test cricket in the sub-continent is dire to say the least. The first day of any test cricket in India, Sri Lanka, Bangladesh and the UAE is never sold out.

The simple problem is with all the monetary power of the Board of Control for Cricket in India, the Indian market is set to dictate which forms of cricket prosper and which decline. Unfortunately the Indian market is firmly set on T20 cricket, the root cause being economic more than anything else. The average person in India simply cannot afford to take a whole day off to watch test match day let alone the full five days. The story is similar in Bangladesh and Sri Lanka. The damage T20 has done to the world’s appetite for test cricket may mean the revival of the longest and oldest format to its former glory during the 20th century may prove an impossible task.

Five match test series are an infrequent occurrence aside from Ashes Series and much how international T20 started as a one-off at the beginning or end of a tour, if a one-off test match becomes a reality is yet to be seen, but it is likely.

In my book, a enthralling test match session is more entertaining than any limited overs game, but the impetus is on the ICC, India England and Australia to keep test cricket above water and to help it capture the imagination of the youth around the world much as it did to my father in the 70s and 80s.

Anyone who thinks test cricket is set to continue for the next 200 years is living in a dream world. 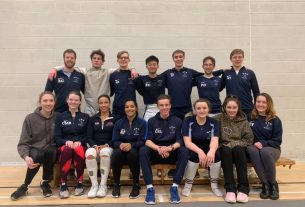 From Les Bleus to Les Misérables: how England can make France weep