After Richard Parker and The Dumb Waiter last week, it is perhaps easy to make the case that the Burton-Taylor has had enough two-handers focused on male relationships in intimate settings for one term. The third such play on the trot, Potosi marks itself out from these efforts by focusing more on interesting characters and well-observed humour than grand statements on the nature of fiction. The result is a play that lacks the raw power of those previous efforts, but makes up for it with naturalistic sweetness and a deft hand for the details of teenage life.

The plot is fairly straightforward; after an evening at the club, Matthew (Tom Pease) brings lovely young lad James (Shrai Popat) home for a one-night stand. The play is set entirely in Matthew’s bedroom, and we open on the two of them engaging in foreplay before falling into bed together. The lights fade down, and then fade up again on Matthew enjoying a “post-fuck mango” with his partner. From there, the play takes the form of a series of intimate conversations, stretching over the course of the late night and early morning, building up to an impeccably-done twist which I will not spoil here. Suffice it to say that it casts the play in an entirely new light, as well as adding an extra dimension to a pair of characters who are already very well-realised.

Helping with this, of course, are the actors. Despite the small stage, the play thrives on physicality- the two are constantly moving around and on top of and within the bed, giving the play a sense of motion which creates a physical representation of the constantly shifting nature of their conversation. Pease and Popat make for an appealing double act, both possessing splendid comic timing and an ability to pitch their performances at the precise level of comedy or tragedy required of each individual line.

It helps that they’re both given good material to work with, in this new writing debut by Jonathan Oakman. Matthew is a fascinating portrait of middle-class ennui, possessed of an intense articulacy and a self-deprecating sense of humour. He is also an English student, which means I’m predisposed towards liking him (there’s one fantastic gag that I’m sure fellow students will appreciate). His sexual experience and bravado make for an interesting contrast with the quieter and more understated James, who describes himself as “a walking cliché”. He’s a little naive, but also immensely sweet and affable, and as the play progresses we are shown that these two boys have more in common than it may at first appear.

It’s not a flawless production; the sound design is brash and blaring in a way that is at odds with the quiet intimacy of the rest of the play, and the second half feels in need of a trim. But on the whole, Potosi is a poignant story, full of laughter and warmth, and, while occasionally a little overwrought, brimming with humanity. A solidly-made bit of student theatre.

Brave: Keeping up the Family 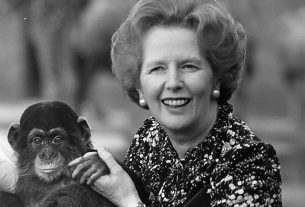