A large group of students expressed their opposition to the Union hosting Marine Le Pen, MEP this week, organising a protest outside the chamber during the event, including chants such as: “Marine Le Pen, we know you, Daddy was a fascist too”, “Nazi scum, off our streets”, and “Follow your leader, shoot yourself like Adolf Hitler”.

I must admit I have never been very keen on protests in general: they make events which are clearly going to happen anyway less safe and cause a completely unnecessary waste of money (in this case, the Union’s funds – that is money which belongs to all members of the society – will have to be used to pay for security, not to mention additional policing costs). I often feel they serve more to raise the political profile of those organising them, but perhaps that is an unfair judgement. What frustrates me most in this particular instance, however, is the ingenuity and staggering hypocrisy of those protesters.

Despite having done a paper in French politics, I must confess I don’t really know a great deal about contemporary politics in France. For that reason, I would rather rely on facts than my personal opinions. Front National is currently topping the polls in France, and if there were an election tomorrow, Le Pen would most probably become President. Her party won the European Parliament elections last May. It strikes me as somewhat unlikely that all this would be happening if Le Pen really quite such an abhorrent fascist as she is being described by our fellow students.

How we possibly argue that the most popular politician in a major European power should not be given platform to express her views? She can speak freely in the European Parliament, on French national TV, but not at the Oxford Union? This is not a fringe extremist being given the oxygen of publicity, but a major figure in European politics.

Labelling others, of course, is the easiest way to avoid argument. By saying that Le Pen is a fascist, we completely discredit her and make sure that we don’t have to engage in a rational exchange of views and opinions with her. The only thing we then need is a few quotes taken out of context, and the narrative of a completely deplorable Le Pen develops.

What, however, I find most mind-blowing are the double standards which so many of my fellow students seem to hold. Whilst they mobilize against alleged fascism, no one even raises a finger when the far greater of the two ideological evils of the 20th century, Communism, is brought up. Last term, I was absolutely shocked to see a picture on Facebook of a fellow student wrapped up in the flag of the USSR (supposedly his bop costume): a flag of a regime which is responsible for the mass killings of more people than all other dictatorships in history combined. Can you imagine the reaction if I were to go to a bop wrapped up in a swastika?

Yes, I disagree with the protesters fundamentally, but I do of course fully respect their right to express their views, irrespective of who they are (it’s called ‘freedom of expression’ – not a very popular value in Oxford nowadays, I give you that). But where were they when Robert Griffiths, the General Secretary of the Communist Party of Britain, effectively defended Stalin’s actions in 1950s at the Union’s socialism debate last year? Where were they when the Oxford University Marxist Society – a society which on its website promotes militant methods to fight the Communist cause – were signing up members at Freshers’ fair?

I have always been taught that feelings should always be left out when making an argument, and I always try to stick to that. But can I just ask you to imagine how people like myself, people from Eastern Europe whose families suffered directly under Soviet rule, feel about this? Can you understand that the fact you’re labelling a 21st century elected politician a fascist diminishes the original meaning of the word? Are you not aware of how grossly historically inaccurate and inconsiderate it is to compare Le Pen to the people who murdered hundreds of thousands of people in my country, Czechoslovakia, including two of my ancestors?

To be honest with you, I don’t know Le Pen and her views very well, but I do have a feeling I will probably disagree with most of what she will say on Thursday. However, I would much rather form my opinion of her based on what she says than on a few banners and some Facebook statuses. For this reason, I will be in the chamber, rather than outside. 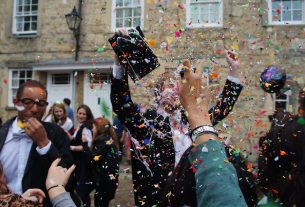