Few people have become such international pariahs as President Vladimir Putin of Russia. Putin’s method of rule involves an iron grip on the country’s future. He has wrestled control of the Russian bear, and now charts its course. And that course has taken him on a path of clashing with the international community as well as many of his own citizens.

Why has President Putin taken it upon himself to annex Crimea, to support Bashar al-Assad’s regime in Syria, and to fund and support Russian nationalists in Eastern Ukraine?

One argument floating around the foreign policy community goes a little bit like this. President Obama has specifically taken a stance on American foreign policy where the United States will take a backseat approach. This backseat approach has meant not getting involved in Syria, waiting until very late to get involved against ISIS, and avoiding serious involvement in Nigeria against Boko Haram. The policy is one that President Obama has made with sincere and earnest interests in mind. After the wars in Afghanistan and Iraq, the Obama administration has played up its non-interventionist policies. After years of count-insurgency, America is war-weary. No more war equals a better America.

According to this theory, Putin has taken advantage of the restraint American military power has taken. America remains the world’s best armed power, but is not willing to use that power. Realizing Obama would not get involved, Putin has decided to carpe diem by seizing Crimea.

Now this theory is deficient in many ways. First, it places the onus on the American administration. In this theory, the ball essentially lies in the American court. US involvement in the international community dictates actions of others. This is not the case. America is not the only country with agency.

So let us take a more nuanced approach to the Putin problem. Russia under Putin is attempting to its status on the world stage and restore the ‘glory’ of the former Soviet Union. The Putin method takes a strong-armed approach to seizing this glory. The restoration of Russia’s place in the world is integral to Putin’s politics; he will pursue this aim with or without American engagement in foreign affairs

The United States’s restraint has merely amplified the Putin’s ability to make huge, brash actions in pursuit of his aim to recapture superpower status.

Ukraine itself has a role here of course. Weakly governed and with few military resources, it cannot effectively deter Russia from invading. In the last decade Putin has taken extensive measures to bring the Russian military up-to-date and improve its organisation, Ukraine is in little position to resist. In addition, Ukraine is split between pro-West and pro-Russia factions, which has given Russia ’social capital’ to use in their capture of Crimea; divisions within Ukraine provide an easy pretext for Russian intervention.

So how do you put Putin back in his place? The answer is the same as with any playground bully. Get the other kids together and confront him. Diplomatically and, if need be, with force. NATO should send weapons and troops to Ukraine to defend the country’s sovereignty from future incursions by the Russians. If need be, NATO troops should be prepared to fight for Eastern Ukraine and Crimea. The international community right now does not care enough about Ukraine. It is far away and involves a bit-player in the world economy. The international system, and the market, can survive without Ukraine is the idea. This is incorrect. We need to stand up for Ukraine.

If we do nothing, we risk losing our own moral compass. Ukraine has asked us for our assistance. Ukraine has outstretched their hand for help against foreign invaders. They are far from Western Europe and the United States. But that does not give us the right to dismiss their struggle as one of some fantasy land far away. They are our neighbours. And they are in need. It’s time for the playground bully to be put in his place. It’s time for us to unite. To drive out reckless ambition. To stand up for our friends. We hear the distant call for help. Will we walk by and forget Ukraine in its hour of need? Or will we answer that call? 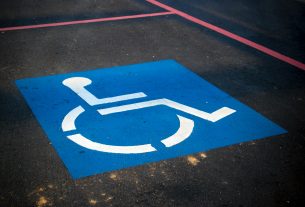 The homeless shouldn’t be punished