Bridge is offering free queue jump to people with the Ublend app this Thursday. If that isn’t enough of an incentive to download it, read on.

Studying at Oxford, there’s one problem (aside from never-ending reading lists, remembering to top up your hall card, and avoiding a cameo on Shark Tales): how to make the most of the sheer volume of opportunities on offer during the relatively short eight week terms.

Ublend founders, Jean Petreschi, Anders Krohn and Akeel Malik think they’ve come up with a solution: an online, centralized platform for talks, debates, theatre and social events, which also offers information on student discounts, summer balls and University societies without you having to go through and ‘like’ every interesting event that comes up on your newsfeed.

Partnering with local clubs and businesses, Ublend has attracted 1,500 users since its launch in Michaelmas Term. I met with Akeel Malik to discuss the process of embarking on a student-run tech start-up, the upcoming launch of Ublend 3, and exactly how the app will help you make better use of your time at Oxford.

Turning an idea into a practical reality can be quite daunting, but while other people were working, island-hopping or partying over the summer vacation, Jean, Anders and Akeel began contacting societies and businesses, subject faculties and college JCRs in Oxford, trying to persuade them of the merits of an integrated online events organiser and how they could benefit from it: a task that’s fairly challenging when you don’t have an existing user base.

Jean and Anders, both from Harris Manchester college, had persuaded Akeel from Pembroke to get on board with the idea early on, Anders having met him through the Economics & Management course.

In the early stages of setting up the company, they were able to use a number of diverse experiences to their advantage: law-student Jean had done some work with Organization for Economic Cooperation and Development (OECD) and alongside an angel investor in Paris; Anders had experience as a member of the WEF Global Shapers Community and Akeel, whose parents run an enterprise in Manchester, had been involved in a number of entrepreneurial activities at home; setting up a comic book at school, working with Young Enterprise to design a number of laptop cases they later sold to Ryman’s stationary shop and setting up a marketing company to help small family-run businesses in Manchester.

Each primarily focusing on a different area of their start-up, Jean, Anders and Akeel hired a developer from Denmark; later replacing him with a team of three developers who had gone to primary school with Jean; obtained some investment and advertised at the Fresher’s Fair. Ublend was launched in 6th week last term, three months after work on it had begun, aiming to establish itself, in Akeel’s words, as the ‘place to go for student life’.

Ublend 3, to be launched this April, will move away from the more informational focus of Ublend 2 to include a newsletter function, events ticketing and greater interactive integration with Facebook and other social networks.

With the concept set to expand to other universities in the UK next year, the future of the start-up looks promising: establishing itself as the app of choice for student event organisers and providing students with a more efficient way to keep up to date with the events most relevant to them: as the app promises, “the choices are yours – you blend”.

Talking about the future of the start-up, Akeel also described how they are hoping to expand the concept to other universities in the UK. 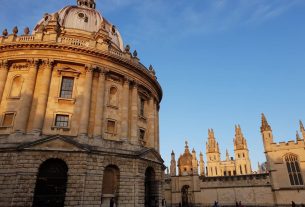 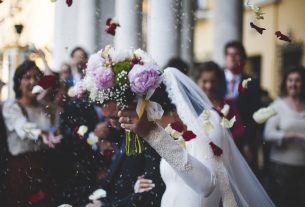 All you need is love (and a Blue, and a First)