Students around Oxford are displaying homemade rainbow flags from their bedroom windows to protest decisions made by various college authorities against flying pride flags during LGBTQ History Month.

Regent’s Park JCR held a welfare event on Sunday encouraging students to paint and display their own pride flags. The move comes after students at Brasenose College adorned their college quad with rainbow flags to protest the refusal of college authorities to display the rainbow flag from their pole.

Corpus Christi JCR has put up several pride flags in windows around the quad, after some were torn down from the JCR wall last Saturday in an action later condemned by Corpus JCR.

Regent’s JCR President Alex Rennison supported the DIY welfare initiative: “The JCR was disappointed with college’s decision to not fly the rainbow flag, but since securing permission for students to display their own flags around college, the JCR has greatly enjoyed making a collective statement of support for the LGBTQ+ community.

“To its own credit, college has not ruled out the possibility for further negotiations, and now that the student body has made its opinions on the matter clear, we will be looking to engage with college in further constructive discussion on how it can show support for the cause in the future.”

Numerous colleges, including Wadham and Exeter, are flying the rainbow pride flag for the entirety of LGBTQ History Month, whilst others, including Magdalen and New, have decided to display the flag for the final week of the month.

Will Tomsett, LGBTQ Rep at Regent’s, described the college’s refusal to fly the flag as “disappointing”, but expressed delight at the JCR’s initiative: “The JCR decided to fly flags from the windows of our rooms nonetheless, and a range of home-made flags and shop-bought ones have bedecked the main quad with much-needed colour in the rainy days of Hilary!”

Wilson commented: “The JCR was disappointed with college’s decision, but we did not feel that this should stop the undergraduate body from expressing their support for the movement.

“Our Gender and Sexuality Officer has been providing flags for students in college to fly from their rooms and also students living off-site to fly in the local area. We ran a flag making event to ensure that every one who wanted to could have a rainbow flag. I think the actions taken by the JCR are admirable to show the great amount of support for the LGBTQ+ community felt within Regent’s.” 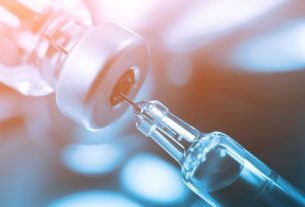