The Green Party is having something of a ‘moment’.

Bizarrely, the proposal for leadership debates which excluded the Greens seems to have given them an opportunity to garner more media attention. Natalie Bennet, the party’s leader since 2012, smiles when I mention their poster campaign in response to the debacle, which featured her and Caroline Lucas grinning alongside the caption “What Are You Afraid of Boys?” The whole situation seems to have worked to the party’s advantage.

“What it simply did was gave us a little bit of airtime, a little bit of space.” She sees how it gave them an advantage but is, as ever, confident in the strengths of Green Party policies. “People actually started to hear, more than they had before, what we had to say. Things like making the minimum wage a living wage, bringing the railways back into public hands, saying that profit-making has no place in the NHS, all those sort of things… it created an opportunity but it was our policies and our approach that helped us to seize that opportunity.”

It has been painted as something of a battle by the press – a battle which Bennett has won – in being invited to take part in a seven-party televised leadership debate. This will, she hopes, have a positive impact in more ways than one.

“I think one of the really exciting things about the debates is not just that I’ll be there but also that Nicola Sturgeon and Leanne Wood will be there too, and I really hope that the image of an almost gender-balanced leader debate will be inspiring to not just young women, but all women.”

Although of course she takes her leadership role seriously, and represents the Greens by discussing their policies wherever possible, it seems Bennett is also, more generally, seeking a change in our political discourse.  The existing dynamics of our democracy have, according to Bennett, pushed people into a position where they “vote for the second-worst alternative.” I note as she is speaking that her assessments of the current political climate are in no way hampered by the fact that she has not herself been a Member of Parliament. Yet her insights are also those of someone whose party is on the outside of the established order, an order which she sees as having “actually encouraged the two largest parties to just focus on the swing voters and the swing seats; ignore their core vote, ignore everybody else basically, and virtually narrow it down to not much more than 100,000 people.”

“If we’re going to change the kind of politics that we have,” she emphasises, “it’s actually in voters’ hands.” This raises yet another issue though, as voter engagement is dwindling. We discuss how this has manifested itself in Oxford, especially since the end of automatic voter registration.

“Where I think the coalition is culpable is that there’s been very little official government effort, very little work to promote the fact that it’s changed, to encourage people to register to vote. So I think there’s been a real failure to get the message out.”

This failure is a major concern for those hoping to engage young people, as we’ve seen in Oxford; campaigns reminding us to register to vote are everywhere, yet only a third of Oxford students This is also something which Bennett wants to make sure is addressed. “There’s a real risk that what we could see is if this election takes fire in the last couple of weeks – in the way the Scottish referendum really did – and people are really engaged, we could see a lot of people turning up at polling stations not being able to vote, and that’s going to be really damaging for our democracy.”

One might assume that it would be beneficial for the Greens if more young people vote, since the student population are the most likely to sympathise with their particular brand of libertarian leftism. Yet the party has been in hot waters recently with this core part of their support, due to the comments of Cambridge parliamentary candidate Rupert Read which were viewed as transphobic, describing trans women as “a sort of ‘opt-in’ version of what it is to be a woman.” He has since apologised, as has Bennett, but it was certainly an embarrassing incident for a party which promises to take a lead in protecting trans rights in their EU manifesto.

“Rupert has apologised and said that he is going to meet with trans groups, that he needs to understand this issue better and I’ve accepted that,” she says in relation to the incident. “But actually Rupert’s status is up to the local party; the Green party is a decentralised party, we don’t direct things from the centre. But I’ve accepted that apology, I think Rupert is seeking to move forward and I think the Green Party is and remains a real champion in LGBTIQ rights and that’s something I’m very proud of, and we’ve actually got some very interesting policy-motions, part of which I proposed, coming to conference around that.”

Maintaining a good reputation on feminist issues certainly seems to be a key part of the party’s appeal. Their focus may be the environment, but Bennett is a self-proclaimed feminist, and she sees a lot of matters as connected.

“We’ve always viewed environmental issues and social justice as indivisible. But I think what’s really clearer in people’s heads is that we at the moment are in an economic crisis, a social crisis, an environmental crisis, and the fact they’re all happening at the same time isn’t an accident. It’s actually interlinked. We have this system, the way we’re running our economy and society at the moment that’s simply unsustainable in all of those terms: economically, socially, environmentally. We have to change the whole system.”

It’s an ambitious goal, but it’s certainly a strong message. Over the next few months, Bennett will be leading a party with an increasing number of members into what could prove to be a game-changing election.

“I think it’s simply a big step-up in capacity,” she says. “We’ve now got 53,000 members, and they’re the ones who determine policy. Not me, not anyone doing horse-trading that will get them a ministerial car or any of that.” With opinion polls currently so close, most people are wondering what will happen in the eventuality of a hung parliament. The Greens could play a part in any deal-making, and Bennet makes it clear that “we wouldn’t support the Tory government under any circumstances”.

“If we were looking to support a minority labour government, we’d be doing it on a vote-by-vote basis. So we wouldn’t get the ministerial cars but we’d keep our principles. And be able to how we want on, to pick an issue at random, tuition fees.”

Talking to Natalie Bennett is like talking to a family friend or a favourite teacher; while I hold a deep respect for her leadership, she is also a personable and chatty. She doesn’t just want to espouse her views, but is also keen to listen.

We ball all night 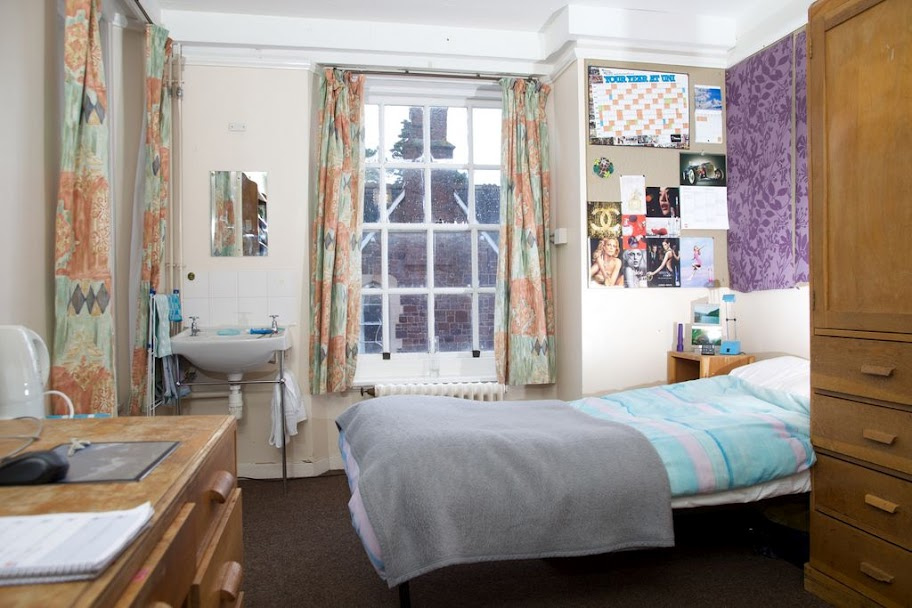 How to make a home away from home