As the visit of Marine le Pen to the Union fades into the relative distance, the ideologies of the no-platformers, claiming to act on our behalf through OUSU, must continue to be challenged. It is outdated, indefensible and hypocritical- even more so due to the fact it is espoused in all our names.

The ineffectiveness of no-platform policies at stopping ideologies they dislike should be fairly clear. They did nothing to stop the rise of the BNP in the 2010 European elections. For all that is made of the 3,000 membership requests that followed Nick Griffin’s appearance on Question Time, much more should be made of how many people surely watched the show and realised that the BNP was not a legitimate party of protest. Louis Brandeis was right to call sunlight the best disinfectant; it is only through exposing fascism for what it is – for giving it a platform from which to drown in its own poison – that we destroy this narrative with a healthy dose of truth.

The first point about no-platform is that it is outdated; it implies an uncritical environment from which you can define the parameters of a debate. This is not an idea that behoves a Society which will not host any speaker who does not take questions, nor a world where any media statement can be challenged and debated. Indeed, the nature of the le Pen protest created a twofold irony here: any space forfeited by an intimidated questioner could be taken by an unintimidated FN supporter, thereby helping to create an uncritical environment- and it was the protestors that sought to create such an uncritical environment (for themselves) by silencing those who disagree, thereby setting the parameters of ‘acceptable’ debate.

The ideological core of no-platform presupposes that those enacting the policy have a special right to decide what all students are allowed to hear. The obvious first question, then, is: where does this right come from? Does it come from being elected by a small minority of students who can be bothered to choose between candidates coming almost-exclusively from an ideological hegemony that cannot possibly represent students at large? Does it perhaps come from some peculiar incorruptibility, which ordinary people like me don’t possess, that means they remain uniquely untainted by the views they censor? The answer to both those questions should surely be a resounding ‘no’. It appears more likely that such policies are justified by bare arrogance and a sense of moral superiority; that those enacting the policy have a unique right not to be offended, which will surely not be extended to anti-no-platformers such as me.

The indefensibility of no-platform is further exposed by the mind-set that it seems to induce in its supporters – an absolutism tarring as “Nazi scum” all those who merely want to hear someone with whom they disagree. This fundamentally misunderstands why people chose to be there; not to fawn over an idol, but rather to question a popular figure in French politics. This is not simply about the right to free speech, but also about what Christopher Hitchens called the right to listen, and it is this right which hundreds of protestors – with the support of a Student Union claiming to represent all of us – sought fervently to take away. If they did not want to exercise that right themselves, that’s fine, but they have no right to take away others’ rights to listen simply because they disagree with who is being heard. The right to protest is certainly a fundamental right in any free society – we must be able to air our disagreements as publicly as possible – but this does not entail freedom to intimidate and injure those with whom you disagree, and to shut down the free speech of others by all and any means.

Perhaps the biggest problem is that such policies are enforced through coercion of those who disagree. The protest outside the Union offered a chilling glimpse of this: students were physically blocked from entering a space they had a contractual right to enter, simply to listen to a speaker with whom they may also disagree, and those who did manage to enter had their safety put in jeopardy by allegedly-armed men in balaclavas breaching the security of the Union. Ironically, several students supporting the protest did so allegedly to create a ‘safe space’ in Oxford. Which is more likely to threaten safety: the words of a politician who can be ignored, or balaclava clad men seeking to injure those who don’t support their no-platform ideology? It was hard to disagree with a speaker at the debate we had while stuck in the chamber – on the motion ‘This House Has Sympathy for the Protestors’ – that those wishing to bully and intimidate and even injure people for disagreeing with them seem to have forgotten where fascism begins. This is clear hypocrisy; speech is not free if we would not extend the same right to speak which we wish to enjoy to our opponents. Where is any pretence at universal human rights if we will not defend the rights of those whom we dislike?

Perhaps most damning here was that OUSU’s decision- taken allegedly in all our names- had a mere forty votes (not even from forty people) cast in its favour. It is little wonder that the state of student politics is so moribund, and the reputation of students so bad, when these are the decisions taken in our name. To such people I say four words: not in my name. To those who agree and feel unrepresented: speak out, not to the establishment structures which won’t even give you a vote if you bother to engage with them, but to the nation at large. We may not be able to stop our sabs from claiming to act in our name, but we can certainly demonstrate that in fact they do not. 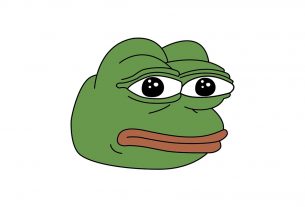 The joys of shitposting in a mundane world 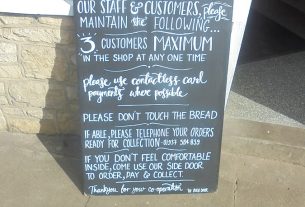 ‘Society’? The Conservative Party is far from it