Captain Amazing is invincible – a run in with the sun causes him no more than a “light tan” and no villain can out smart him. Each bedtime, Mark recounts the adventures of his superhero self, Captain Amazing, to his daughter Emily. But as Mark tells these stories to Emily, he gradually “fools himself into thinking he is a superhero”, beginning to believe the stories himself, though his daughter is quick to remind him that no other good superheroes seem to be bald like he is. “What begins as a fantasy for his daughter becomes a coping mechanism for himself”, actor Andrew Dickinson tells me. As the play progresses, the line between reality and fantasy begins to dissolve. Stories of Batman and evil masterminds are “interwoven with more realistic scenes”, domestic scenes at the park on the swings, and the reality of parenthood and family, as Emily demands if she was an accident and Mark struggles to respond.

It is a one man show packed with characters. During initial rehearsals, Cassian Bilton and Shrai Popat, the co-directors who also both have acting experience, acted in the parts around Andrew, allowing him to develop natural reactions and responses between the characters, and to “understand the relevance of each role.”

It is an extreme challenge of characterisation, with Andrew jumping between his daughter, brash security guards, super villains and Captain Amazing himself. He needs to know “each character inside out,” Cassian tells me. Certainly a “daunting prospect”, acknowledges Shrai. However Andrew handles it brilliantly, through vocal tone, physicality and expression, jumping between the characters effortlessly. “Especially for a one man show you need to be very physical,” Andrew tells me. During rehearsals they have used actioning, a technique which involves finding the physicality of each line, advocated by theorist Mike Alfreds in his book ‘Different Every Night’. Their work has paid off – each character takes on a relevant physicality within the world of the play. Each scene is situated by projected illustrations serving as the backdrop that look like they could have been drawn by the young Emily.

The show has enjoyed sell out shows at the Edinburgh Fringe Festival for the past two years. It was originally written specifically for the actor, Mark Weinman. Having seen it himself, Andrew was lucky enough to meet Mark, and later received an essay of advice from him on the role, so he is certainly well prepared for the play. The team are incredibly passionate about this ambitious project and this certainly shines through in the performance and in watching their rehearsals. Their passion is infectious and I leave excited to see something so different soon to be gracing the BT.

Jumping between a world of extreme fantasy and a more mundane and difficult reality, Andrew creates a plethora of equally believable characters. Witty, at times ridiculous, and ultimately poignantly moving, this is a masterpiece of characterisation not to be missed. 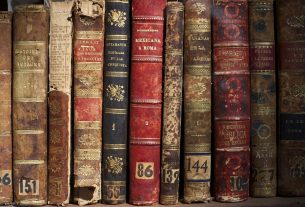 “I, too, am a human being”: on intimacy and memoir