A current Oxford student and a former visiting student have been shortlisted amongst 100 candidates for a planned human mission to Mars.

From an original 202,586 applicants, both graduate physics student Ryan McDonald, from University College, and former St Peter’s visiting student Laurel Kaye, remain in the running as the project reaches the third round of selection.

If chosen, McDonald and Kaye may become members of a crew travelling on a one-way trip to Mars, scheduled for 2024, with the aim of establishing a permanent human settlement on the planet.

Asked how he felt to be selected, MacDonald said: “I was absolutely thrilled when I learned I’d made the cut, and particularly that I am the last male candidate left in the UK. Since 24 will ultimately be selected at the end of 2015, one in four odds aren’t that bad at all!”.

He said that he applied for the Mars One programme for the “sheer scientific potential of the mission,” and “to inspire young people back on Earth to want to become scientists again”.

Kaye, currently a fourth-year student at Duke University in the US, said that she “wanted to be an astronaut from a young age,” and described herself as “the kind of kid that begged for a telescope for Christmas and would read popular science and physics books in school”.

Kaye, who studied in Oxford last year, continued: “I am so excited to have made it to the third round. It is something I had never expected as over 200,000 people showed interest but I am very happy to be progressing and eager to see what the next several years have in store.”

Regarding the one-way nature of the planned mission, MacDonald called the prospect of being in the first crew to settle on Mars “extremely exciting”, and “much more so than going on an Apollo-style return mission. This way, every moment from the landing on I am contributing to building something that will endure for generations to come, I can continue to make scientific advances; this would not be possible if I come back to Earth.”

Kaye said that she has “certainly accepted the one-way aspect of it as the current best option. I relish the thought of having a long period of time to live my dream, to do research and to really engage in establishing the new settlement”. She also stated that she was “very optimistic about the possibility of a return trip” within her lifetime.

However, there are doubts about the feasibility of the Mars One project. Dr Chris Lintott, a Professor of Astrophysics at Oxford, called Mars One “a lovely idea”, but said that it “has about as much chance of actually taking off as the Radcliffe Camera does.

“Going to Mars is hard and requires solving a number of serious technical problems – and that requires funding, which Mars One don’t have. They’ve already stopped work on the robotic lander they’re supposed to send in 2018, so I’m afraid their crew are going to be waiting a while.”

Professor John Eland of the University’s Physical and Theoretical Chemistry Laboratory, as well as senior member of the Oxford University Space and Astronomy Society, of which McDonald is President, said that “a serious MIT study, which anyone can consult on the web, has certainly not ruled it out, though it indicates that some of the initial projections may be optimistic”, and noted that “the financial side also presents some very large obstacles.”

However, he also said: “I believe that extraterrestrial colonisation will one day be a vital part of the future of mankind.

“An adventurous start like this may accelerate progress and as such it is to be welcomed.” 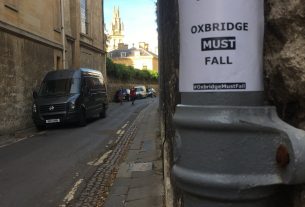 ‘It Gets Brighter’ web campaign launched