Dom Applewhite (The Pillowman) continues his voyage into experimental theatre with a novel approach to fending off the critics.  Intrepid reviewers were welcomed into the troubled household of the Black family, the cast of 7th week’s The Architect, directed by Sam Ward.

Tensions run high in this suburban 2 up 1 down, as parents Leo (Applewhite) and Paulina (Helena Wilson), and their daughter, Dorothy (Lily Erskine), try to adjust to the unexpected return of Martin (Cassian Bilton), the younger child.  An unfulfilled creator of high-rise car-parks, Leo is determined to start a family business with his two children. Yet though browbeaten Christina seems a willing accomplice, Martin struggles furiously at the bit.

The frustrated son seems to have an inexhaustible capacity and desire to provoke conflict in the home, and one can’t imagine this is any different in the workplace.  He expresses strong dissatisfaction with everything from seasoning to seating arrangements to his female relatives, reserving his more existential resentments for his father.

Leo Black seems not to notice his son’s desire for freedom. Instead, he pushes forward with  his plans for the family business in middle-aged, narcissistic desperation.  After a promising beginning designing council tower blocks, his career has nose-dived. The business is his last-ditch attempt to rescue it, and earn himself an obituary.

Both mother and daughter create an almost ephemeral presence at the table, so determined are they to avoid the wrath of the younger son and the disapproval of the father.  Despite the evident unhappiness of Leo and Martin, I can’t help feeling that Paulina  and Dorothy are the real victims of the dynamic.

A housewife, Paulina can mention no interests aside from “gardening, my clarinet and the radio”. She frequently stares into space, and has to be brought back by a gentle touch from her husband.  Dorothy has been working as her father’s secretary for a number of years, but does not seem to be enjoying this, or to find it easy to make and keep friends.  Mid-way through dinner, she storms out after provocation by Martin, only to come back alone, complaining of the cold.

David Grieg created the play as a comment on “the interstices of city life”. The narrative follows the Black family, along with the inhabitants of Leo’s tower blocks who are campaigning to have them demolished.  As the family struggle to find their own space in their tiny house, the tower dwellers watch as their dingy, spartan surroundings intensify their own social struggles.  This is a play of micro and macro-cosm; the troubles of the concrete monstrosity’s inhabitants mirrored by the life of its creator.

When it was written, this play was part of a new wave of artists drawing attention to the pernicious influence of urban planning.  Their influence can be seen in the efforts being made to develop more inspiring architecture.  We are left, however, with the legacy of men like Leo littering our skyline.  As Grieg himself puts it so well, “I was and remain utterly attracted to these men’s idealism and drive whilst being shocked by the extraordinary hubris of their vision.”

The Architect hits the Keble O’Reilly in 7th Week.  If you want to bag yourself a discount ticket, enter their online competition to find weird and wonderful buildings around Oxford. 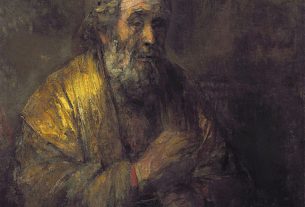