Russell T Davies’ shows are like buses; you wait ages for a new one and then three turn up at once. The television maestro behind Queer As Folk and Doctor Who has had a quiet few years off; his last television credit was way back in 2011, and since then his partner’s severe illness has understandably kept him off our screens. Returning to Channel 4 as a kind of prodigal son, Davies has something to prove with Cucumber – his new show about sex, love and growing old in modern-day Manchester – as well as its sister shows, Banana and Tofu. The question remains if a writer who has been absent for nearly half a decade can still match the style and panache of his earlier work, and if he can still be relevant in today’s media landscape.

The answer, of course, is yes, and the sight of grizzled TV veteran Davies swaggering back onto the stage like he’s never been gone gives Cucumber a viscerally joyful quality.

The show follows the life of Henry Best, a middle-aged, middle-management type, who is brilliantly played by Richard Franklin (the Tory spin-doctor from The Thick Of It). The show opens with Henry and his partner Lance – they have an affectionate and companionable relationship, but over the course of the first episode, we learn that the two of them have not actually had sex in the nine years they have been together. This is something of an issue, particularly in a show named after the strength of an erection. Following a disastrous night involving vast quantities of alcohol, a spectacularly ill-advised threesome and Boney M’s ‘Rasputin’, Henry ends up fleeing their home and moving in with his much younger colleagues, Dean and Freddie. From there, the focus is on Henry dealing with his various insecurities, sexual, financial and otherwise, and his relationship with a younger generation of LGBTQ people.

The way in which the older generation, represented by Henry, relates to today’s youth is a key strand of Cucumber, as well as the feeling of growing older as an LGBTQ person in modern Britain. There is a moment in episode one where Lance proposes to Henry, and he refuses, saying: “I’ve know since I was ten years old that I’m not getting married – it’s not my fault they went and invented it.” Henry later sees his nephew openly kissing another boy, and the camera focuses entirely on his reaction to this act, once thought unacceptable, now blithely accepted as normal. Richard Franklin sells the hell out of it, demonstrating in awe-struck shock; while he confesses earlier on that his own sexual awakening “terrified” him, he says with a sense of wonder: “I saw two boys today…they were so fearless.” A world in which there is no fear involved in being LGBTQ leaves Henry incredulous. This is a Davies trademark – displaying the fundamental humanity which underlies his best work. Cucumber is breezy, sexy and frequently hilarious, but it is this quiet poignancy that give the show its real power.

The two spinoff shows are a mixed bag. While Cucumber is concerned with older people in relation to the young, Banana is concerned with young people in relation to themselves – the E4 show focuses on young characters whose stories intersect with that of the main series. And really, therein lies the problem: in tying itself so clearly to Cucumber, Banana is consigned to eternally playing second fiddle to its higher-profile parent show. This is reflected in the show’s content: while the young cast is reliably excellent, the scripts they are given sometimes feel like attempts to cram episodes of Cucumber into half the time, with a cast half the age. The first two episodes are particularly rocky, with a number of scenes feeling staid and truncated when they should feel involved and compelling. Pacing is a severe problem, and there is a real sense that Davies has simply grown too used to the comparative luxury of the 45-minute episode and has just hit a wall with Banana’s 25-minute one. Still, he demonstrates his ability to create compelling images through dialogue in Banana in much the same way as in Cucumber, and the show has visibly improved over the last few weeks. Sue Perkins’ rather lovely script for episode three deftly and efficiently manages a whirlwind romance, a few passionate statements and some wonderfully witty dialogue, as well as a gleefully morbid streak. Banana is unambiguously the secondary show, and certainly a lot more of a slow-burner quality-wise, but its writers have thus far demonstrated that the secondary show needn’t necessarily be the lesser one.

Rounding out this little trilogy of shows is the 4OD exclusive Tofu, a quasi-documentary by YouTuber Benjamin Cook. Tofu is an odd little thing, reflective of its nature as an internet-based ancillary feature. It mostly consists of various talking heads, some involved in the show, some not, discussing various aspects of sex and sexuality. When it is doing this, it is thoroughly charming and wittily observational. But it also makes the frankly disastrous choice to cut away from those lovely talking heads in favour of long-winded and cringeworthy sketches about sexuality that provide not the faintest whiff of humour, insight, or entertainment value. These sketches are an unequivocally bad decision, which derail an otherwise lovely little series of sweet and good-natured shorts. It’s a real shame.

And so Davies returns to television, and it looks like he’s here to stay – Cucumber hasn’t even concluded yet, and already he’s teasing his next project, which he says will deal with the subject of the 1980s AIDS epidemic and its effects on the gay community. If it has even half the impact of Cucumber, it looks to be very important indeed.

Cucumber and its sister shows mark the return to television of one of the most skilled and insightful screenwriters of his generation, and it seems there’s no limit to what he might be able to achieve next. 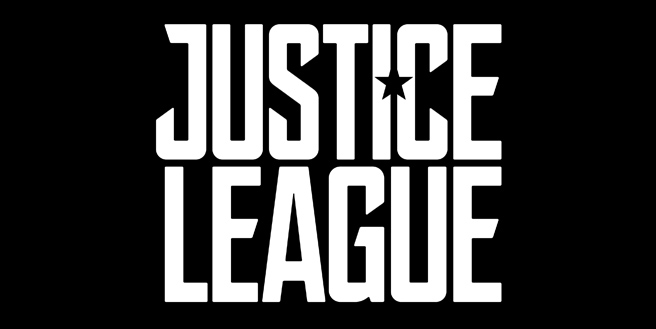 Fiction. From the Diary of Richard Sharp, Love-Struck Etonian

The Three Musketeers: All for one, just don’t tell anyone