One only has to walk down Broad Street and listen to the packs of dubiously qualified tour guides to understand the public’s perception of Oxford as a hub of mysterious and magical activity. As students we often consider ourselves above this melee, but do you know your fact from fiction? Take this test and find out.

Legends: 1. St John’s College used to own Oxford Street in London, but sold it on to investors in the 1820s after losing a court battle to re-name the famous London thoroughfare after themselves.

2. J Sainsbury, (of the famous supermarket chain) gives money to Worcester hall to improve thewir food. He was so appalled by its quality when he studied there that he determined to donate a set sum of money every year to encourage the college to buy better food.

3. In 1646 whilst King Charles I was living in Christ Church, he wanted to borrow a book from the Bodleian and have it brought back to his apartments. Despite his status as king he was told that he would have to go to the Bodleian if he wished to read it. He reluctantly obliged.

4. In 1828 the devil visited Brasenose College. A tall man in a long cloak was seen standing outside the window of a student’s room, who was a said to be a member of the notorious ‘Hell-Fire Club’ which promoted atheism, before the student unexpectedly died. It was believed that the cloaked figure was the devil come to claim his soul.

5. Richard Francis Burton hated his time at Trinity College so much that he went to great lengths to get rusticated. After challenging a fellow student to a duel because he mocked his moustache, he was eventually ‘sent down’ for attending a forbidden race meeting. In one last blaze of glory, Burton decided to leave in a horse and carriage, driving over the college flowerbeds and blowing kisses to women in the high street.

Answers: 1. False. While it is true that the John’s quest for world domination continues, they have yet to branch out into London.

2. False. Although J Sainsbury did study there, and the college does receive an anonymous endowment specifically to the hall, there is no connection between the two.

3. True. It seems that even being the King won’t get you past the librarians-come-bouncers in the Bod.

4. True-ish. Whilst there is of course no evidence for the devil’s presence, nor the existence of the so called Hell-Fire Club, an undergraduate called Edward Leigh Trafford did die in one of the rooms on Brasenose Lane near this time.

5. True. Remind the porter of this the next time they moan at you for walking on the grass. Just make sure you don’t insult their moustache, or you may find yourself caught up in a duel! 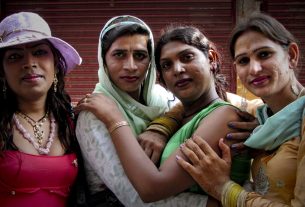 The difference between: a biscuit and a cake