The Futurists, it should be noted, were by and large a nasty piece of work. An artistic movement born in Italy in the early twentieth century, their work is generally characterised by an embrace of speed violence- as the program notes, “They championed an art of action.” Or, in the words of artist Mike Collins, “They did some good stuff, wrote some naff poetry, and Kraftwerk would never have happened without them… not sure if that’s a plus or a minus.” They were also racist, misogynistic, warmongering Fascists, and therein lies an interesting problem. The Futurists were scumbags, undoubtedly, but their artistic importance is undeniable. This tension is embodied throughout this bold, daring and problematic production of 22 vignettes written by various members of the movement.

First of all, the Futurist obsession with motion is on full display here; this is a production requiring constant, fluid movement and intensely physical performances, and the actors bring it in spades. The slapstick in particular is handled extremely well, which is particularly remarkable given that no other production at the BT this term has managed to do it satisfyingly. But here the energetic physicality of the actors helps to keep up the pace of this frenetic compendium; Serata Futurista is a stream of small, frantic, beautifully disturbing scenes, and the overall effect is both exhilarating and unsettling. There are also a number of delightfully dark images, including a severed head in the hat box, and a row of silent, kneeling candle-bearers, a wraith-like figure moving among them- things the audience won’t forget in a hurry. The effect, as one of the play’s monologues puts it, is “inebriating”. One leaves the theatre disturbed, but also a little punch-drunk.

However, the play rather shoots itself in the foot when it inevitably has to deal with the ugly side of the Futurist movement- what one monologue calls the “fight against Feminism”. Unfortunately, the balance between criticism and celebration of the Futurists is too heavily weighed in favour of the latter. One particularly nasty example is in the vignette ‘The Womaniser’, in which, in the words of the program, “A womaniser showcases his conquests”. The scene consists of four nameless women lining up silently on the stage, before some slimy geezer emerges to saunter idly among them, before turning to the audience and simply saying “Voila”. The lights go down, and we are apparently supposed to be impressed. Sorry, but no. There is a difference between criticising misogyny and simply depicting it, and Serata Futurista frequently mistakes one for the other. And this is the major problem with the play; it is simply too nice to the Futurists.

But while Serata Futurista is ultimately too celebrational to be truly critical of the vile ideology underpinning it, it remains an enthralling piece of theatre nonetheless. Just be sure to bring your copy of Gender Trouble along as well as your Italian phrasebook.

Baftas: Tinker Tailor and The Artist look set to clean up 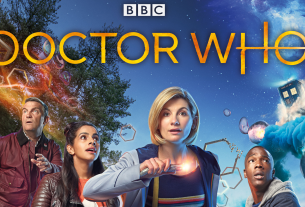