If there’s one thing I learned about Erik Feig from speaking with him, it is that he is a truly great storyteller. Feig is a film producer and executive, currently acting as president of the Lionsgate motion picture group, and has a hugely impressive list of credits to his name, including: The Hunger Games: Catching Fire, the Twilight franchise, The Perks of Being a Wallflower, Now you see me, and the Oscar-winnging The Hurt Locker. It’s difficult to see what could link such a varied list of films, but he explains immediately that he believes what lead him to work in the film industry was a simple “love of stories” – he is “finding and trying to make stories”.

Even when I later ask about modern changes in Hollywood and the directions the industry may take, he explains that no matter how the industry is altered, “there’s something really, really thrilling about having an original idea that just connects”. Of course this is easier said than done, as I’m sure the multitudes of aspiring filmmakers in his audience would have thought, but Feig wants to demystify this idea, and insists that a good film is so often “just an idea, just an original concept, just a good story well told”.

And so, rather appropriately, Feig proceeds to tell the story of his life, which I quickly discover has been a collection of brilliantly funny and raw anecdotes. The tale of his post-college move to Hollywood, with nothing but the dream of beginning some sort of career in film and the plan to “stay on [his] best friend’s ex-girlfriend’s futon”, is itself reminiscent of a classic Hollywood comedy. “I remained on that futon for 3 months… until she kicked me out for reading her journal, which was mostly just complaining about me”, he recalls.

Feig also tells a story that ends with the lesson, “Do not check your messages while peeing at a urinal. It’s never ever worth it, especially when there’s bad phone reception.” I’m in fits of laughter as he describes the moment he realised he had “peed all over the inside of [his] jacket” before going into what was at the time the most important meeting of his career. Although he remembers swearing at the time, “Oh my god I am never telling anyone that story”, he shares it with great humour, warmth and an enviable lightness of heart.

This overwhelmingly positive attitude has without a doubt played a huge part in Feig’s success. He describes his tumultuous rise through the industry, with film ideas sold for hundreds of thousands of dollars, only to fall through at one of countless hurdles; “more movies don’t happen than do happen”, he explains. Despite this, however, he insists that “talent, ambition, perseverance is always rewarded, no matter what, in [my] industry or in any other industry. Ultimately, that’s what the industry wants, new blood and new ideas.”

There is a feeling of youthfulness in Feig’s attitude, which is not surprising considering so many of his movies centre around the lives of teenagers. “Adolescence is like wet asphalt; whatever happens to you then shapes you”, he explains, and speaks fondly of that time in one’s life when every girl feels like the one – “I have a lot of love for that world.”

It was the presence of these powerful yet naive feelings that attracted him to the story of Twilight; it was the “Romeo and Juliet aspect… Their love saves the day.” Feig picked out Twilight as a sure success back when the book had only sold 4000 copies. Originally, author Stephanie Meyer was offered a deal with Paramount Pictures which she declined due to the many changes they had made – they wanted scary vampires with fangs.

Feig describes how he personally convinced her to let him make the movies when she had given up and decided that nobody understood her story. He showed her that he understood using the technique he had learned at his first job in Hollywood as a reader. This consisted in read through four or five scripts a day, summarising each in one and a half pages of three sections, with a page of his own comments, and marking whichever ones he thought were worth considering. Feig summed up the Twilight story in a way that made it clear to Meyer that he understood. He also promises that he added the following line to their special contract, entitled The Stephanie Meyer Bill of Rights: “No actor portraying a vampire in twilight will have canine incisors longer than the average human being.”

Of course, films aimed at teenagers are never going to be everyone’s cup of tea, but Feig seems to feel that as long as a film has an audience, it is worth making. I ask him about pressures to make films that will make the most money over those which he truly wants to create. “There definitely is a lot of pressure for that,” he admits, “but I think the pressure is kind of universal to everyone. For me, it’s so hard to make a movie, and you spend so much time on it and so much effort on it, that I want to make a movie that people will see.

“I can’t think of the last bad movie that was enormously successful, so I think that everything has got to be good at what it is, you know. It has to be its finest version of it. I remember I had a philosophy professor who always said, ‘let wood be wood’, and I always think about it whatever movie I’m making… We’re really trying everything we can do to make it the most it it could be. And so I would never, ever not think about the audience.”

As we speak about the power of film and literature in general, Feig tells me how he is “always struck by just how potent myth is, how potent narrative is.” He illustrates this with another of his own stories about a recent trip to his daughter’s 5th grade production: “They did a musical version of Achilles’ heel. Classic, right? But I was watching, and there’s a point where, I think it was one of the Fates that said to Achilles, you know, ‘grand Achilles, everyone will be singing of your fate for thousands and thousands of years’, and it was one of those things where I thought, you know what, they were right… My daughter in Los Angeles in her 5th grade class did a musical comedy called Achilles heel; if that doesn’t show the power of an enduring story I don’t know what does.” I guess he is right, there probably aren’t many things that show us the power of the story, but I feel like talking to Erik Feig is probably one of them. 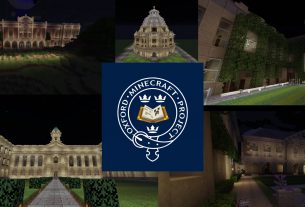