Outdated, unfair, boring – that’s how the away goals rule is described by its opponents. The rule has meant a lot this season for English football teams in European competitions. In the past two weeks, Chelsea and Arsenal have been eliminated from the Champions League, by PSG and Monaco respectively, purely because the English teams scored fewer away goals than their opponents did. When you consider that Chelsea and Arsenal were probably England’s biggest threats in Europe – given both their experience in such competitions, and the relative continental brittleness of Tottenham, Everton, Manchester City, and Rodgers-era Liverpool – that means a lot for English pride.

In truth, the away goals rule has a big impact every year. Indeed, in this case, it might even have provoke the demise of Arsene Wenger’s Arsenal career. His team have now been knocked out of the Champions League at the Round of 16 stage in five consecutive seasons, and the club’s board might well decide that is an unacceptable record. Whether that last point is something to regret is another matter – for now, it’s important to understand why the critics of the away goals rule are wrong.

The rule applies most prominently to the knockout stages of the Champions League and Europa League, which are club football’s only competitive European tournaments. In all rounds of these competitions’ knockout stages, except the final, teams play each other twice – once at each team’s home ground. Each match is called a ‘leg’. Imagine the aggregate score is equal at the end of regulation time (90 minutes) in the second leg, but one team scored more goals in their away leg than the other did in their away leg. In that case, the team that scored more ‘away goals’ goes through to the next round. The away goals rule is essentially a tiebreaker.

So why do we live in a world where away goals have this much importance? There are plenty of alternatives. Historically, it was a useful way of solving logistical challenges. Nowadays, people mostly defend it on the basis that it rewards away sides who play attacking football and ‘keeps things interesting’.

Unlike certain powerful figures in the football world, most of us don’t have a desire – fuelled by cash incentives – to make scheduling decisions that go against the wishes of everyone else

The fact, though, is that the away goals rule is better than a mere ‘workaround’ or a convenience – it’s the best option we have. Let’s consider the main alternatives.

However, what this would also do is increase the structural advantage to the team who plays at home in the second leg, because the extra time is played on their turf. The away goals rule makes it less likely that a tie will go to extra time, and in this way it reduces that unfair advantage. Some people say that this objection doesn’t make sense, because pitches and referees are standardised these days – things aren’t as different across countries as they used to be. Arsene Wenger seems to back these people – perhaps because it makes his and so many other team’s failures seem more acceptable – but they aren’t correct. Playing away is harder than playing at home, no matter how standardised things like pitches and referees have become.

Secondly, in cases where the aggregate scores are level at the end of the second leg, we could play a ‘third leg’ at a neutral venue. This ludicrous suggestion makes no more sense now than it did years ago, when the away goals rule was introduced. Scheduling matches is difficult and it can have important outcomes for players and teams. There often isn’t space in clubs’ calendars for extra matches, especially for games that would have to be arranged at short notice. Moreover, unlike certain powerful figures in the football world, most of us don’t have a desire – fuelled by cash incentives – to make scheduling decisions that go against the wishes of everyone else.

But a negative case is always a sad one – so here’s why we shouldn’t just grudgingly accept the importance of away goals but, instead, we should love it.

Football is not the only enjoyable sport. Basketball, for example, brings great happiness to many people, even if the joy of playing it is usually limited to giants. Basketball never gives the thrill of football, though, for one simple reason. Football has a brutal scoring system.  A football score line often doesn’t reflect the run of play – upsets are always on the cards and the best teams can walk away with nothing, despite being an inch away from scoring a dozen times. If you watched it, think back to the 2012 Champions League final, when Chelsea dramatically defeated Bayern Munich in a penalty-shootout. In that match, Bayern had 34 shots to Chelsea’s nine, 20 corners to Chelsea’s one, and had at least five chances that could, and should, have been buried. Yet the Londoners won.

The away goals rule plays into this perfectly. It might be true that the importance of away goals makes players defensive in the knockout stages of the Champions League and Europa League. Too often, however, that is merely a manager’s excuse. At the least, the power of away goals gives us what we should really want – a system of scoring that’s predictably brutal, but fair in its own twisted way.

So, for sure, English fans should lament our teams’ performance in Europe this season. But, on the issue of away goals, we shouldn’t back the likes of Wenger.

Jack Coulson is a second-year PPE student at Brasenose College. A long-suffering Portsmouth fan, Jack spends most of his time praying that Southampton lose their next match and sell their best players.

Is Jack right or wrong? Get involved in the debate by commenting below. If you have a detailed response, send it to us at oxstu.sport@gmail.com and we might publish it here.

Interested in writing for OxStu Sport? You don’t need any prior experience and all Oxford students are welcome to work with us. Drop us an email at oxstu.sport@gmail.com.

Check out Ben’s side of the argument too: [btn type=”default or primary or success or info or warning or danger or link” link=”http://oxfordstudent.com/2015/03/24/time-to-abolish-the-away-goals-rule”]Time to abolish the away goals rule[/btn] 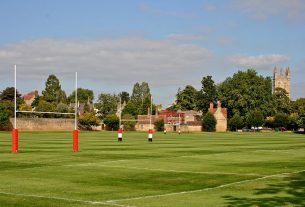 Defeats on tour for Oxford University RFC’s men and women

An interview with: Roger Draper