Urban metropolises often influence us in ways beyond our control. After being swallowed up by the tedious void that is the London traffic congestion, I arrive at Victoria 45 minutes late, having missed my press opening of the new Tate Britain exhibition. The London Underground journey that would otherwise excite a non-Londoner fails to impress me today; I feel groggy. The busy world around me seems to fade in and out in some oscillating, hypnotic movement. I drag my woolgathering self onto the second floor of Tate Modern. It is just minutes past ten o’clock, but the gallery is already filled with the buzzing from swarms of tourists. I gradually emerge from my sleepy state into another dream world – a constantly renewed art exhibition entitled ‘Poetry and Dreams.’

Upon entering the antechamber, I try to peer over a group of schoolchildren to see what is causing the commotion; I catch a glimpse of Giorgio de Chirico’s 1913 oil painting The Uncertainty of the Poet on the wall. Despite the usual cynical condemnation of the piece, I find it a fitting introduction to what the exhibition claims to explore. A seductively posed torso of Aphrodite with neither head nor limbs stands at the foreground, next to a bunch of dishevelled and absurd bananas. The only obstacle between me and the painting is the swarm of children. When they eventually disperse, I manage to take a closer look. On the right hand side stands some form of building with archways, carefully erected from what appears to be concrete. Whilst the foreground looks more like a still life, the background depicts a steam train in full motion, chuffing laboriously into the distance. There is a tension between the rigour of form and the loss of order, and the catalyst behind it all: the technological development of modernity. It serves as a caution, perhaps, for the loss of rationality in the face of this modern obsession. A few paintings along, I see German expressionist painter Max Ernst’s oil painting, Celebes, where this concept is once again portrayed. A rotund Sudanese corn-bin has been transformed by the artist into an unsettling mechanical monster with elephantine resemblance. A mutilated female-figure, one similar to that of Chirico’s, appears in the foreground. The disfigured Picasso portraits, the sublime Dalis and the surreal Dorothea Tannings, they all question the reality we find ourselves in; they all seem rather dystopian.

Next, the dark room shows a most powerful display of the experimental film Whose Utopia, by Chinese artist Cao Fei. She investigates in biting poignancy the desensitizing conditions of the mechanized human-cogwheels powering rapid economic growth. Her video depicts young workers in Guangdong – one of the industrial cores of modern China – caught in the state capitalistic vacuum. The workers, whilst standing still, are captured in their daily environment, showing us how their professions have changed their fate. Their eyes are fixated upon you, full of dreams, yet chained to their monotonous jobs. The motif of machineries and cogwheels plays a vital role throughout, presented as an integrated part of the human workers. At one point, they perform an expressionist dance, where they move their limbs as if they were automatons, and in other parts they celebrate their country’s rich cultural history through Tai Chi and the Butterfly Dance. They do not show any signs of indignation. They seem to have accepted their fate. The accompanying music is particularly effective: the maddening monotony of the sweatshop in the first half contrasts with the nostalgic soundtrack in the second half, parallel to the dehumanization of workers and their very humane dreams. Just whose utopia is it anyway?

Strolling further into the gallery, I come across a small, narrow room displaying the work of Alexander Brodsky and Ilya Utkin. The duo, part of the school of Soviet artists known as ‘Paper Architects,’ play with the contrast between absurd utopian visions and dystopian cityscapes. These dark etchings haze the boundary between imagination and reality, creating a nightmarish metropolis. Their use of perspective enhances a sense of overcrowding and claustrophobia, reminiscent of the experience of those who lived under the totalitarian regime. Although grand, their gigantic structures seem unstable and on the brink of collapse, perhaps flippantly critical of socialist ideals.

Upon entering the next room, I am suddenly hit by Soviet propaganda art plastered all across the high walls. Befuddling. This particular section seems misplaced; perhaps the dream has descended into a historical nightmare. Or was the curator perhaps trying to create a contrast between this overtly optimistic propaganda and the cynical satire in the next room?

As I walk further on, I become more and more confused. The rooms display a (dis)array of paintings. I am surprised to see Matisse’s Portrait of Greta Moll here. From what the description tells me, the link between this painting and the theme of the exhibition is the ‘patterned fabric of her clothes’ as it points towards the abstract. An ill-conceived and fragile connection. On the other side of the room stands Christian Schad’s painting of a pigeon-chested man and a black woman. The painting allegedly explores the objectification of the body and social alienation, but is this not a little far-fetched from the theme of the exhibition? I see portraits of nude models, Spanish rocky landscapes and grotesque bronze sculptures. The further into the gallery I walk, the more surreal it becomes as I lose track of what they all have in common. How meta.

There’s a lot here to be fascinated about. The exhibition does, initially, find a way of uniting artwork from various countries, periods and movements by their common thread: the poetics of the subconscious in the face of modernity. But it loses its orientation in the latter parts of the display. The whole experience is rather like strolling through a Dali painting. Every intricate detail appears fantastic and complex. But I struggle to grasp their relationship to one another. Even taking a step back, the display comes off as disjointed, showcasing illogical conglomerations of periods and movements. It’s rather like a dream, disconnected and at times nonsensical. But then, what has art got to do with logic?

Titanic 3D: Have the maritime of your life 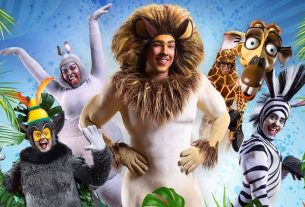