The first TV encounter of the General Election between David Cameron and Ed Miliband, hosted by Jeremy Paxman from Channel 4 and Kay Burley from Sky News, was meant to be impartial.  Yet its movement away from the originally envisaged debate between the two possible future Prime Ministers to what essentially boiled down to a Q&A session rendered the debate underwhelming.

Part of the reason for this were events such as the non-compliance of incumbent PM David Cameron to the broadcasters’ original TV debate plan, forcing a dramatic shift in structure that produced this static Q&A session for the party leaders with Burley, Paxman and the audience.

This was not entirely without its benefits as it allowed direct participation of the audience, but it ultimately meant that both party leaders could potentially be let off the hook, served up with questions that were unchallenging and unstimulating. It also restricted the opportunities for a head-to-head clash between these two leaders, making it much harder for the viewing public to actually get to the bottom of the question: who would make the better Prime Minister for the next five years?

A poll released after the debate and produced by ICM for The Guardian showed that David Cameron had an eight-point lead over Miliband (54% to 46%). These results may also show an increase in support for Miliband; the fact that Miliband trails Cameron in terms of personal opinion poll ratings by 30 points means his eight-point setback in the debate results shows a leader on an upward trajectory in terms of his popularity.  All this in the face of a tirade of negative press, ranging from food eating to accusations of political fratricide, both of which reared their ugly heads during the Q&A.

The Twittersphere was equally supportive of Miliband during and after the debate. A Sunday Times analysis of the reaction of Twitter users during the programme found that, in all, only 33% of tweets on David Cameron were positive, while the remaining 67% were negative; for Miliband, it was a much more even split, with 52% positive and 48% negative. Miliband’s performance in the Q&A certainly struck a chord among social media users, while Cameron seems to have mainly riled that same social group.

Regardless of who won or lost the Q&A, a key issue with the format of the programme as a whole was the apparent lack of impartiality displayed by host Kay Burley. Paxman, although also facing accusations of impartiality, did attempt to grill each leader equally despite the personal nature of some of his questions.

However, Burley seemed far more sympathetic to Cameron than to Miliband, making a point not to raise audience dissatisfaction with the Prime Minister when she, on a number of occasions, interrupted Miliband to point this out. As well as this, Burley seemed to deliberately raise the issue of Miliband’s unfortunate public image, specifically in relation to a now infamous photo of him eating a bacon sandwich published in the Daily Mail last year.

Although Miliband dealt with this admirably, the audience Q&As did seem very lopsided in terms of their fairness in favour of the Prime Minister and against the Labour leader. Many Twitter users voiced their disapproval of Burley’s seemingly biased approach, with users wondering why she wasn’t behaving impartially as is common practice for mediators in Q&As, both on and off television. The impartiality ultimately discredited the audience Q&A section of the programme at least, with one Twitter user sarcastically pondering, “I wonder how Kay Burley’s going to vote.”

Yet it is very easy, when following this line of argument, to overstep the mark and into the suggestion that Burley, an employee of the Murdoch empire, is part of some anti-left conspiracy. That is not what I am suggesting here. But an issue the Q&A sessions did raise is one concerning how to make sure that balance is maintained and that one leader, even if it is unintentionally so, isn’t given preferential treatment over another.

The first television event of the General Election 2015 was, for all intents and purposes, underwhelming. It did however, show the Labour leader in a new and more dynamic light. It was Cameron who seemed to struggle the most, having to defend his record of his first term as Prime Minister. That is not to say that Miliband didn’t face a tough time against both Burley and Paxman, and relied too heavily on stock politician’s answers, but his defiance against Paxman and his cool rebuffing to Burley’s questioning meant that the audience – online at the very least – sided with him over the PM. One thing is for sure, though: now that the election campaign has begun, it’s bound to get even more divisive – and exciting – from here on in.

GRAPH/ Centre for the Analysis of Social Media, originally printed in The Sunday Times 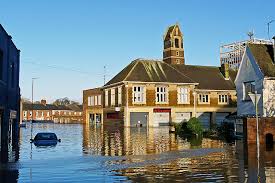 The floods are a sign that change is needed 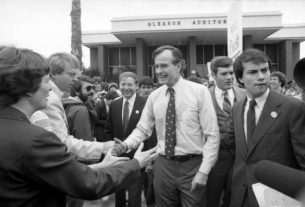