OUSU has released a statement condemning a march of the English Defence League scheduled to take place in Oxford on Saturday 4th April.

According to a statement on an EDL Facebook page, demonstrators will be “protesting against the appalling revelations of another case of Muslim Grooming Gangs prying on vulnerable English children”, as well as the “lack of protection given to them by those entrusted to do so; the local council and the Police”.

Just under 500 people are expected to attend the march, including EDL representatives from Liverpool and Berkshire.

The march, and the EDL itself, have been unequivocally condemned in the OUSU statement, which says: “On 4th April, the English Defence League (EDL) plans to hold a march in Oxford. For those who have had the good fortune to not come across the EDL before, they are a far-right organisation which demonises Islam and Muslims, whilst claiming to fight against ‘radical Islam’ which they argue has a ‘stranglehold on British Muslims’. The EDL publicly compare Islam to Nazism, argue that Islam is incompatible with democracy, and a threat to their view of ‘English culture’.

“Members of the EDL have been convicted of inciting racial hatred, arson attacks on mosques, and violence on marches. “On this march, the EDL hopes to use recent cases of child abuse in Oxford to spread its hateful message. Child abuse is a horrific crime – and it is not limited to any particular community and is perpetrated by people of all backgrounds. Abuse victims are exploited, and the unity we need to fight abuse is threatened, when groups such as the EDL claim otherwise.”

An original plan for the EDL to march in Brighton on April 18th was moved to Oxford during March following the release of a report which revealed that up to 370 young girls may have been the victims of sexual exploitation in Oxfordshire over the past 15 years.

Thames Valley Police has written to Oxford students warning them of the “potential disruption” threatened by the march, with Inspector Andrew Thompson reassuring residents that “we will have a policing operation in place on the day”, with additional officers on duty. Thompson went on to note: “As with any of these events, we have to balance the rights of those who wish to protest with the disruption that may be felt by the local community.”

OUSU’s statement continues: “OUSU condemns the EDL and its views. Muslims are a valued part of our community and the lies and violence with which the EDL target them and their faith are unacceptable. We stand in solidarity with Muslim students and residents of Oxford who may be adversely affected by the march. “We recognise the risk posed by the march to the welfare of students who are in Oxford. People of all faiths and ethnicities should be welcome in Oxford, and the presence of the EDL is a barrier to this. As far as OUSU is concerned, the EDL is not welcome in Oxford.”

According to a 2011 census, 6.8% of Oxford’s population define themselves as Muslim, compared to a national figure of 5%.

Nikhil Venkatesh, OUSU’s BME Officer, described OUSU’s statement as “a strong message that Oxford students condemn the EDL, as we do all attempts to divide our community”.

The Oxford Islamic Society has also declared support for OUSU’s position. In a statement released on Thursday evening, the Society said: “EDL’s rhetoric of hate and division flies in the face of Islam as understood by the almost 3m Britons…There are up to 500 people who are expected to attend the March so we would just like to ask anyone who will be in Oxford on Saturday to be cautious, sensible and try to stay away from the town centre if possible. Most importantly, remember to place your trust in Allah (SWT) and seek His protection. ‘A perfect Muslim is one from whose tongue and hands mankind is safe, and a true emigrant is one who flees from what God has forbidden.’ ”

An interfaith circle, meeting in the town centre, has been organised as a counter to the EDL march.

Why it’s time to think beyond the porters’ lodge 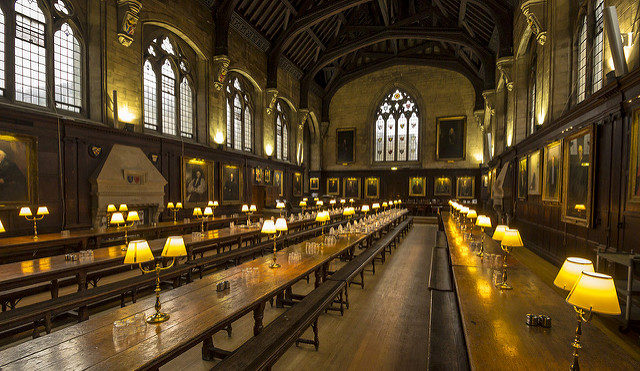 Not The Tab: Making Vague Claims About Your Diet Based on Your College