There hardly seems an idiom apt enough to encapsulate the veracity with which Internet users can take hold of a cause. The expression taking to it like a duck to water is far too halcyon to describe such modern and such vehement movements, it would be more appropriate to say that the duck in question mastered the skills of swimming to attain a record surpassing Michael Phelps and then all other animals in the lake took to criticising every aspect of the duck from its technique to the size of its bill. This is the nature of protest on social media. The latest campaign to utilise online media in this way is the free the nipple movement, where nudity is used as the manifestation of a much wider cause.

This movement entitled free the nipple seeks to highlight the fact women are not permitted to expose their nipples or elect to go shirtless in public without accusations of indecency. The contention taps into wider issues such as the sexualisation of women, inequalities in the liberties of each gender and gender-based discrimination.

Women are uploading shirtless selfies to the likes of twitter and Instagram; mediums that normally censor images of shirtless women. The creation, sharing and attention given to these images show women taking control of their sexuality and how their body is portrayed. The issue of social customs and even laws on indecency appear to be a hangover from a time we all hope has passed, one cannot see a women walking shirtless down the street but can see her sexualised images on the top shelf of newsagents. The convention is restrictive; not only when one considers the binding and tangling nature of lacy lingerie, but also in terms of the control women have over their own bodies.

American Apparel have been criticised by proponents of the cause for editing away models nipples and public hair, adding to the long list of photoshop blunders accumulated by the fashion brand. The inexplicable nature of these images (the anatomical absences in themselves appear bizarre) is compounded by the fact that the fashion industry has no fear of displaying women’s nipples in other circumstances. One can see 14 nipples in Gucci’s ready to wear show at Milan Fashion week in designs that feature sheer garments through which one could discern breasts. Yet commentaries focus on the delicacy of the lace, the textures of the accessories and the variety of patterns. When Kendall Jenner took to the runway for Marc Jacobs in New York fashion week last year, her chest was on display but it was overshadowed by her fame (independent of her nipples), the chic styling of the collection,and futuristic beauty look.

Fashion, by its nature, lends itself to use as a tool of protest. It is a pure form of self-expression and can express dissatisfaction and beliefs accordingly. T-shirts with slogans such as Frankie says relax and more recently I am a Feminist exemplify the capacity for fashion to highlight a cause. Nudity has been used for instance in the ‘still not asking for it’ protests last year or the FEMEN activists who organize topless protests against sex tourism.

Yet to me the dissemination of topless images online in the name of protest is odd. The inspiration is to normalize women being shirtless, for laws regarding indecency to be equal for each gender; that should a woman decide to be topless on the beach, on the street on a hot day or when breastfeeding in public she should be permitted to do so and photos showing this should not be censored in the media. Such censorship is not limited to the the inclusion a black bar or blurred breasts, representations of heterosexual couples in sitcoms seem so artificial when in bed a women wears a bra compared to their bare partner. Nonetheless it seems strange therefore that pictures only showing the naked chest claim to be  a cry for non-sexualisation given that men, who have such freedoms, on the whole do not upload torso images without the intention to be sexualised; to show his abs, his pecks and to impress. What’s more to encourage women and girls to post pictures online with their shirts lifted, the same action we urge young women to avoid for fear the image could be exploited, is disturbing. One only has to look through the replies on social media to discover assertions of voyeurism and exploitation of these images and ‘laddish’ misogynistic comments.

What is crucial here is the location. To deny the principle of equality on beaches, saunas or parks on hot days, scenarios where men are topless and hence to deny women the same right is sexist. Yet the setting of the Internet is ambiguous. Uploading images with a sole focus on breasts contrives the objective of showing people nipples are normal and do not have to be sexualised, alternatively a photo where the focus lies elsewhere and the display of breasts is accepted is the aim. 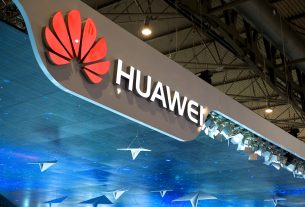 Why we need a balanced approach to Chinese technology