Lucy Prebble’s show Enron premiered at the Chichester Festival Theatre in 2009, and later transferred to The Royal Court due to popular demand. She wrote the screenplay for Secret Diary of a Call Girl, starring Billie Piper, which ran from 2007 to 2011 on ITV2. Her more recent work The Effect won the Critic’s Circle Award for Best Play and secured her place as a playwright who deals with current affairs and contemporary issues.
How do you go about writing a play? What is the first thing you do?
The first thing I do is have an idea and assign it a drawer. Everything I encounter that speaks to that idea, I put in the drawer. Much later, I start writing. This process can take years.
Have you always wanted to become a playwright? What first inspired you to want to go down that career path?
At first it was a way of making friends with the cool kids. It was the social aspect of playmaking that appealed to me. I never considered it as a career until I actually met people who made a living that way. It had never occurred to me that was a possibility. So I would humbly suggest joining some sort of writing group but also trying to get stuff on, even  in an amateur way.
Do you have any advice for anyone hoping to do the same?
I’d say write as much as possible. If you just study you’ll become a critic and if you just live you’ll become a raconteur. Writing is the only thing that makes you a writer, difficult and boring as it can be.
What kind of jobs and experience would you recommend they get?
Work in as many industries as possible and fall in love and grieve and doubt and commit and laugh and say ‘yes’ a lot. It’s far better to have a breadth of worlds and experiences to draw from than it is to commit purely to ‘media’.  Once you actually begin to make money from writing, then learn to say ‘no’.
How has your English degree helped you in your career?
Not at all I’d say!  Definitely the living and the drama alongside it were more helpful. I don’t think you need to do an English degree to be a writer. But then if you are doing an English degree you’ll have already learnt not to trust what writers say about themselves…
Having worked in theatre and in television what would you say are the main differences? Do you have a preference for either?
Film and theatre are intrinsically honest in completely different ways. In film, people tell the truth because there is too much money at stake to do things any other way.  In film, people proudly introduce themselves as arseholes. They fight for reputations for being the most savage, terrifying son of a bitch in the industry and stars compete for more outlandish demands.
Too much is at stake in film for anything but brutal honesty. If they want a popcorn film, you make them a popcorn film and they don’t pretend the deal was ever anything else.
In theatre, there is too little money involved for anyone to lie, or to be allowed to be an arsehole.  Theatre’s poverty and embarrassment about its own irrelevance keeps it generally supportive and honest.
Both of these models are manageable. But in television, people lie, thinking they are telling the truth. It is the muddiest and most difficult of the industries to work in, unsure if it wants to be art or mass entertainment.  It can be great but negotiating its power structures and bizarre independent production model is exhausting sometimes. It is the hardest to work in and the easiest to write for.
Is there something you particularly enjoy about your job?
Honestly? I love getting up at whatever time I want. And I love coming up with a new idea and the feeling of that. There is always a moment late on in the process when I recognise the employment of a number of actors and a busload of audience members are tied to that foolish, stupid moment where I smiled to myself and thought, “no way, I can’t do that….”
I enjoy the moments of extreme zooming out when I work with a director or designer on the big vision and themes for the piece. And I love the extreme zooming in when you sit in a dark technical rehearsal and you notice the way an actor’s eyes change when they are entering a scene. I love techs. I find them very romantic.
Why do you focus on political issues and current affairs in your writing?
Because if I expect people to schlep out of the house, pay for transport, walk through the cold and sit in uncomfortable seats in the dark not talking for hours, I think the work should function on a number of levels, including the political.
Is there anything else you’d like to add?
What you’re ashamed about now will eventually be what inspires you. You’re okay. Don’t worry.
PHOTO/ Rob Fuller

Review – The Girl Who Wouldn’t Die 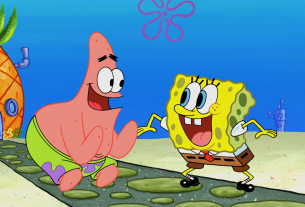 Have we finally reached the death of Spongebob Squarepants? 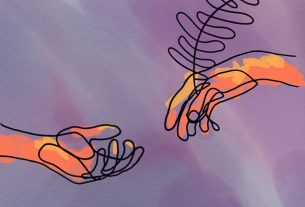 Poetry for a world on Pause