A torrential downpour marked the funeral of Lee Kuan Yew on 30th March, mirroring the sentiment of his son Lee Hsien Loong when he said “that light that has guided us all these years has been extinguished’”. As the founding father of modern Singapore; architect of a state arguably closer to More’s idealized Utopia than anything ever realised in the West; Lee Kuan Yew has been one of the world’s most consistent figures of power for more than three decades. The length of Lee’s political survival, unheard of under western-style democracy, nonetheless produced outstanding results. As his memoir, From Third World to First attests to, he succeeded in transforming Singapore from a backward country with no natural resources into a thriving world financial centre with one of the highest GDPs in the world: $54,000 per head. In our globalised world in which so many different styles of leadership are affecting the political landscape; from the new waves of change being seen in China and the Vatican to the rising popularity in France of radical nationalism in the form of Marine Le Pen, the threat posed by ISIS and, the divisions that make Britain’s forthcoming General Election so speculative; the stable image of Lee Kuan Yew stands out as a rare case of consistency, of quality of thinking taking precedence over charisma, influential backing or election concerns, albeit at the expense of certain democratic freedoms. The ‘Singapore Model’ Lee created and the successful way he brought about this economic transformation is something that everyone; regardless of their views on the authoritarian strain of meritocratic democracy his PAP party promoted; can appreciate: the Lee Kuan Yew School of Public Policy has alumni from more than eighty countries. So what made Henry Kissinger state “I’ve not learned as much from anybody as I have from Mr Lee Kuan Yew”, and which lessons should we be taking away from the experience of his years in power?

Be pragmatic. One of the first things we can learn from Lee Kuan Yew is the importance of pragmatism, of living in the moment but preparing for the future. Lee was known as a master planner, Margaret Thatcher praising his ability to express “with unique clarity the issues of our time and the way to tackle them”, and Barack Obama describing him as a “true giant of history […] one of the great strategists of Asian affairs”. Lee placed more value in getting things done than in philosophy and grand ideas, defining innovation, entrepreneurship and teamwork as three of the most critical factors for improving national competitiveness.

Be passionate. Lee was known for speaking with sincerity and conviction, for straight-talking and not mincing his words. For Lee, personal success was following one’s passion and realizing it. As Priscilla Neo, a 42 year-old Singaporean woman said: “I may not agree with all his policies, but I do salute this one man who truly breathed, ate, slept, and thought about Singapore and its citizens.” Do things you care about about and you’re more likely to achieve results.

Be creative. While government policy in Singapore ensures that everyone receives the highest possible levels of education, Lee rejected the traditional separation between academics and creative individuals: his view was that “scholars should also be inventors, innovators, venture capitalists, and entrepreneurs”.

Think globally. Aside from the invention of air-conditioning, Lee cited multiculturalism as the reason for Singapore’s success. While African countries are suspicious of foreign investors and make it difficult to move goods in and out, Singapore chose to globalize rather than nationalize: of its current population of 5.3 million, 1.5 million are expats, and vigorous trade and export promotion, low tax rates and free trade agreements have encouraged nearly 40,000 international firms to set up on the island.

Do the right thing, even if that’s not popular.. Lee once said “I stand by my record. I did some sharp things to get things right – too harsh – but a lot was at stake”. This does not mean, as Rwanda’s authoritarian president Paul Kagame hastens to assume, that the case of Singapore proves the success of authoritarianism: while William Gibson described Singapore under Lee as like “Disneyland with the death penalty”; a reference to the creation of the ‘nanny state’ that bans chewing gum, bankrupts political opponents and imprisons them without trial, and fines people for littering; the Singaporean government was unusually uncorrupt and transparent, its success an anomaly among authoritarian states today that have a tendency to place private interests above public good.

Singapore is a powerful reminder of the impact one generation can make. Lee’s combination of pragmatism, passion and creativity, coupled with a global mindset, enabled the transformation of a failing city-state into a thriving international city with the world’s busiest port and one of the world’s least corrupt and best-educated societies. When asked which leaders he most admired, Lee cited Charles de Gaulle, Deng Xiaoping and Winston Churchill: “De Gaulle, because he had tremendous guts; Deng, because he changed China from a broken-backed state, which would have imploded like the Soviet Union, into what it is today; and Churchill, because any other person would have given up.” 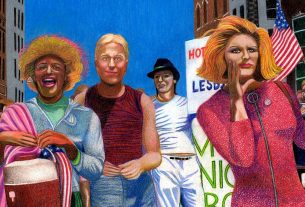 Putting the Imp into improv