With the summer fast approaching and the sun trying hard to raise temperatures, it’s that time of year again: time to dig out the mallets, crack open the Pimms and settle into the croquet season in Oxford.

Croquet Cuppers 2014 is heralded by Oxford University’s Croquet Club as having been the biggest University sporting event ever held to date in terms of participation. 2,000 individuals, from novices to pros, took to the manicured lawns of various Oxford colleges to try their hand at the summertime sport. The level of involvement is predicted to be similar this year.

But why is croquet so popular in Oxford? For many it’s simply the opportunity to be out in the sun, with drink in hand and catching up with friends that is the main draw. However, Oxford’s affiliation with croquet runs much deeper that a relaxing summer pastime and, for a select few, the sport is worthy of a much bigger commitment.

The Romans are known to have played a game called ‘Paganica’ where they walked across fields and hit a small leather ball with a curved stick and aimed to strike certain trees. From this, the game evolved into the golf-like ‘Pall-Mall’ of the 1600s, which King Charles II was partial to, and from there the modern game of croquet was established in the 1850s (the oldest document to bear the word “croquet” with a description of the modern game being dated from November 1856).

So the history of the sport itself is a long and illustrious one; but its history with Oxford University is no different. An exclusive croquet club was set up in May 1867 by a handful of senior academics at the University, but it wasn’t until over a century later that undergraduates were allowed to play. In May 1961, enthusiastic male undergraduates organised the first Oxford against Cambridge Croquet Varsity Match and seventeen years later, in 1978, Sue Foden of Oxford made history as the first woman to play in the Croquet Varsity Match. OUCC as it currently stands was established in 2003 and currently has two lawns to use in the University Parks which are regularly busy.

With Croquet Cuppers 2015 fast approaching, we spoke to a member of last year’s winning team, Pete Batley of Magdalen (now graduated), who said:

“To be honest, I cared far more about the Croquet Cuppers final than I did any of my actual finals. I’m not sure there were any days in term, including exam time, where at least one of our team wasn’t out practising. In the tougher games, tactics are a major part of play and countless hours were spent refining ours. The last few rounds were certainly hard fought for with the semi-finals a particularly satisfying nail-biter.”

If you fancy giving croquet a go and being part of the biggest croquet tournament in Oxford, sign yourself and three friends up as a team for this year’s Croquet Cuppers event. Visit Oxford University Croquet Club’s website and fill in your details, first game draws will be sent out via email once the entry date has passed. 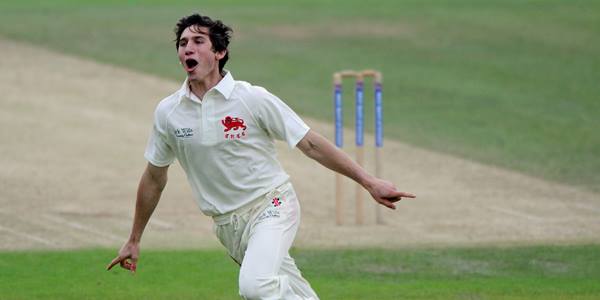