1) How has the campaign been going so far?

The Socialist Party is standing two candidates in Oxford; Kevin Parkin in Oxford East and myself in Oxford West and Abingdon. We’ve attended many hustings events, which have given us the opportunity to voice an alternative to the status quo. I’ve been impressed by the interesting discussion raised, and how the organisers have allowed a fair hearing for both the candidates and the audience. We’ve also been invited to give our views to several local groups, publications and in schools. We’re grateful to those who are supporting the campaign, especially the Communist Corresponding Society discussion group. The campaign isn’t really about me as a candidate, it’s more about presenting a point of view. Personally, though, I’ve enjoyed the challenge so far.

2) What would you be able to offer Oxford West and Abingdon that other candidates can’t?
I’m not standing in this election to make promises about what I would do if I was elected. This is because the role of an MP doesn’t really represent or work for the benefit of its constituents. The state, and the very way that our society is put together, can’t be made to work in the interests of the vast majority of people. MPs who start out with good intentions about reforms and representing their constituents soon get stifled by cumbersome bureaucracy and made to follow vested interests or the dictates of the elite. MPs who don’t start out with good intentions probably have an easier job. If you vote for the Socialist Party, you wouldn’t be voting to put me in that position, thankfully. Instead, you’d be making the point that the whole system which we live under has to be replaced.

3) What do you think the main issues affecting people in your constituency at the moment?

One issue which has been raised by several people at hustings events has been local planning developments, especially for housing. The Socialist Party doesn’t have policies on particular issues like this because we reject the current framework in which decisions are made. Instead, our role is to point out the circumstances in which problems over planning arise. Decisions like where to build houses are shaped by what makes most money for developers. This means that new houses are more likely to be sold on at a high price, rather than for less lucrative social housing schemes. Financial interests have more influence than the needs and wishes of the community or safeguarding the environment. There’s not much room for democracy in this framework either. Decisions are made by distant, unaccountable executives, while campaign groups and local people have to struggle just to make their opinions heard. Any solutions attempted by MPs can’t change this situation. So, whichever party is elected, problems over planning are likely to be on the agenda at the next general election.

4) What do you think are currently the biggest issues faced by students within Oxford, and how would you try to address this?

Economic forces have always shaped universities, but the last twenty years have seen an increasing marketisation of higher education. The cost of paying tuition fees and student loans prevents many people from going to university, while those who do become students end up thousands of pounds in debt. So, financial concerns must be one of the biggest issues faced by students, and were prominent in the Oxford University Student Union General Election Manifesto. The state can no longer afford to subsidise education as much as before, so there is limited scope for any increases to funding. Parties campaigning for change within the system have to ensure that any reforms fit in with what the economy allows.

The Socialist Party argues that the system itself doesn’t work in the interests of the vast majority of us. This is because society’s infrastructure is owned and managed by an elite. So, we have to buy what we need and want from them, and what we get depends on how much money we have. If society was owned and run by the community as a whole, then we could have free access to education, and all other services and goods.

5) What can your party offer students that other parties can’t?

The Socialist Party aims to build the number of socialists – through debate, publicity, the spoken and written word, social networking – and organisation. We work together democratically and co-operatively to advocate a new society. More details about the Socialist Party can be found at http://spgb.net/xf

6) For students who aren’t fully aware of your party and your policies; how does your party differ in ideals from other left wing parties?

The word ‘socialism’ has several different definitions, depending on who’s using the word. The Socialist Party has kept the same meaning since it was formed in 1904, with other groups later using it in different ways.

For us, socialism means a society where resources, industries and services are owned and managed not by corporations or states, but by the whole community. This would involve converting or replacing existing organisations to make them democratically run. Instead of being employed, we would work co-operatively and voluntarily directly to benefit the community, without the waste and financial interests of our current system. As society’s infrastructure would be owned in common, there would be no need for buying and selling. People would have free access to all the goods and services they need and want. Other parties use a definition of socialism which involves retaining the economy and the state, which we say would mean that an elite was still in charge.

The word ‘socialism’ also refers to the political route to a different society. This marks another difference between ourselves and other parties calling themselves socialist. They say that society can be made to run in the majority’s interest by changing legislation (especially to give more power to the state) and redirecting public funding. We say that this approach can’t work because the economic system won’t allow it. People have campaigned for higher wages, more funding for the NHS and reductions in pollution for decades, but the same problems keep coming back. Any reforms have to fit in with how the economy works, and therefore they can’t fundamentally change it. Instead, the economic system itself needs to go, along with the current political system. This could only happen if the vast majority of people worldwide wanted it and worked for it. Such an undertaking could only be possible (and legitimate) if it was organised democratically, equally and without leaders. And this marks another difference between the Socialist Party and other so-called socialist parties. They have a leadership structure and aren’t fully democratic, which we say means that they can’t really be revolutionary. The Socialist Party doesn’t have leaders; all its decisions are made by elected, accountable groups or by the whole membership. We believe that this kind of structure points the way to a future society where all organisations are democratic.

Because of these differences, the Socialist Party doesn’t call itself a left wing party. We’re certainly not right wing either! Instead, we’re a revolutionary party. 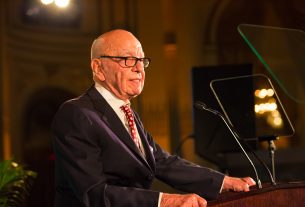 The British press’ coronavirus coverage has let this country down

Time for Oxford and England to build over green belts