English-language productions of Ibsen’s classic play have been given a gift in recent years in the form of Simon Stephens’ bright, witty and profound translation. This staging at the Keble O’Reilly, like the Young Vic premiere of Stephens’ version, uses a 1950s setting, though the production does not do very much to accentuate the political backdrop of second-wave feminism in the way that the director’s note sets out to do. The play focuses on Nora Helmer, a middle-class wife and mother whose lack of a discernible identity beyond these roles, exacerbated by debt troubles, marital pressures and the chronic illness of a close friend, brings her increasingly close to catastrophe.

This production’s well-designed set evoked the chic of an urban 1950s apartment, with cutaway details alluding to the eponymous doll’s house. The space was put to great use, especially during a memorable moment with the children playing a game of hide-and-seek (the child actors were a novelty that the audience clearly adored). Among the extremely strong cast, Ieuan Perkins shone as an endearing and morbid Dr Rank, with Tom Marshall’s crafted Krogstad also deserving mention. Lighting and sound design was thoughtful; superficial whites became intense blues as the performance darkened. It is a shame that this thoughtfulness did not extend to the final scene, in which the radiating light and sound effect of a door slamming that marked Nora’s departure felt more symbolically than dramatically successful.

Femi Nylander, who played Nora’s husband Torvald, is an impressive actor with a string of high profile Oxford roles to his name. But in this production one couldn’t shake the feeling that he was coasting — perhaps in part due to under-direction. In conversation with his wife, he transitioned fluidly between being affectionate and menacing, but as the first two acts went on, this began to feel slightly binary, though after the interval, the range of Torvald’s emotions opened up somewhat. Torvald is a rich character — sensitive and dominating, ambitious, doting, yet oblivious. And it is just this richness and nuance that Nylander does not always convey: it is impossible to sympathise with this Torvald, so that Nora’s words ring hollow when she says: “You’ve always been very kind to me.” The role of Nora herself, a demanding and complex one that is at the very centre of the production, was undertaken with confidence and precision by Clare Saxby, who, during her breakdown, felt like a ballet dancer retaining grace and poise even whilst losing her balance.

On the whole, this was an ambitious vision for a challenging piece. The production team are to be commended for considered touches, putting their mark on this classic. The end result is accomplished, if not dazzling.

A Doll’s House is on at the Keble O’Reilly until Saturday 16th May, performing at 7.30, with a Saturday matinee at 2.30. 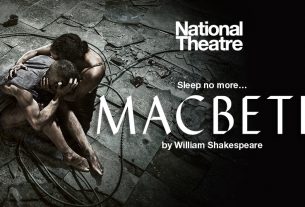 The new Savoy – grand or bland?