I was first seduced into rowing at Brasenose by the prospect of being “part of the oldest rowing club in the world on its two-hundredth anniversary year” and by the suggestion that I should “give it a go” (a phrase easily mistaken for “this is a no-pressure sport”). Rowing at Oxford seemed to be a rite of passage, even for a Not-Very-Sporty-Person. Perhaps I was still under the naïve impression that rowing down the stream is done gently and merrily…

And so I stood on a cold morning in second week, ready to begin my first rowing water session. The boat rocked dangerously when I stepped in it and it occurred to me that there were only a few millimetres of metal separating me from the murky waters of the Isis (could I be the next episode of Lewis?). We were bombarded with confusing jargon: I spent a good part of that first session petrified that a live crustacean would find itself at my feet, until someone explained that “catching a crab” is what happened when you don’t get your oar out of the water properly and it starts to act as a brake. As for the instructions the instructor was yelling at us, I had more difficulty understanding them than Juliette in front of me (who was an exchange student from France and literally could not understand what he was saying). Front stops? Back stops? Why is it called a stop when you’re already stationary? Finally, I felt like I was getting the hang of this rowing lark, when I realised too late that we were headed straight for a flock of ducks minding their own business on the river. Unable to remove my oar in time, I ended up giving one of them a gentle pat on the backside.

Despite my not-so-impressive debut, I had enjoyed my first session: the sun was shining and it was glorious to be in the fresh air and learning a new skill. They told me it wouldn’t last. And it didn’t.

A few weeks later I was awoken at four in the morning by a fear of oversleeping and missing the morning session I had been signed up to. It was pitch black and bitterly cold, and when I arrived at the class I had straight after the session my hands were so numb that I was physically unable to hold a pen.

“Is it normal for my hands to have cracked all over from the cold and be bleeding in several places?” I asked some of my friends later. “And is it normal to have bruising all up my stomach from where the oar has been hitting it?”

“Please quit rowing,” Jess, one of my sympathetic listeners, groaned. “If someone else had done this to you, we’d have to beat them up; as it is, we can’t, because you’re doing it to yourself!”

“But I really love it,” I replied weakly.

“That’s just what you’ve convinced yourself,” Martin, my college brother, says darkly. “This is an abusive relationship.”

Fairly predictably, I was put down as a sub for the Nepthys race and Christchurch regatta, the events for novice rowers which take place in Michaelmas. But – miraculously – one of the crew dropped out after Nepthys and I was up for Christchurch!

The racing was gruelling. There was no time to mind blood, sweat or tears. (The pool of blood from where I sliced open my finger in one of the warm-ups had to remain as a grisly testament to my commitment.) But the atmosphere was more than electric: it was electricity come into contact with all the water of the Isis. Racing was an electric shock that either drove you to an ecstatic victory (like in our first Christchurch race) or drained you completely (like in our second). But for me the best part was the part you played standing on the bank. As the team you were cheering on came past, you were suddenly caught up in the momentum of the race itself and would begin to run along the river parallel to the boats, screaming “B-N-C! B-N-C!” at the top of your lungs as you flew along Boathouse Island.

Perhaps the best part of rowing, though, is the punning potential. For a start, I receive endless Boat Club emails with titles like “Oarsome” and “Wishing you a rowly Merry Christmas”. And often it’s completely unintentional. I was watching a boat of Hulk-like postgraduate rowers powering through the water at Christchurch when my friend Cate exclaimed: “Surely it’s not fair for postgraduate colleges to compete. Look at them! They’re massive! AND LOOK AT THEIR MASSIVE COX!” 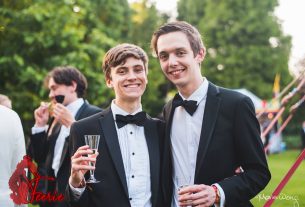