Oxford City Council have retracted a proposal to allow the police to penalize rough sleeping in the City Centre.

This move comes in reaction to an online petition hosted by On Your Doorstep, the OUSU homeless campaign, in protest of this proposal received over 70,000 signatures.

In a new draft of a proposed city centre Public Spaces Protection Order, released on Monday, the Council announced that it had removed any plans to tackle homelessness through a ban on rough sleeping.

Council Leader Bob Price said: “We have discussed the proposal with our partners in dealing with homelessness and have concluded that there are more effective ways of tackling this problem.”

The original proposal, first announced over the Easter vacation, suggested giving additional powers to local authorities to outlaw rough sleeping in the city centre. This proposal drew condemnation from the student community and beyond.

As part of their opposition to this proposal, On Your Doorstep opened a petition on Change.org entitled “Don’t make life harder on Oxford’s rough sleepers”. This petition attracted 72,380 signatures over three months, with help from publicity given by national homelessness groups.

In addition to the petition, students and Oxford residents engaged in public consultation with the Council during the period after the March release of the original proposal.

On Your Doorstep Chairman Freya Turner lauded the petition’s success, telling OxStu: “I’m sure that the sheer number of signatures and attention it got in local and national media were key.”

“Our views were supported by a range of homelessness organisations in Oxford,” she continued. “I’m sure their expert opinion which backed up our concerns was an important factor.”

Oxford City Councillor Bob Price commented: “Councillors had a series of discussions with the officers and the agencies involved in this work and concluded that the inclusion of that section of the proposed Order would not be very effective in improving the success rate in getting this group to use their accommodation.”

In his statement, Price did not reference either local publicity or internet activism in connection with the Council’s final decision.

Rough sleepers remain a problem in Oxford. The council had said the original proposal intended to target “a small number of people [who] continue to beg and sleep on the city’s streets despite receiving support and having been allocated accommodation”. Asked how best to provide help for these individuals without criminalisation, the Chief of Oxford Homelessness Pathways told OxStu “there are no magic bullets”. A variety of outreach approaches may be needed, along with a nuanced understanding of the health and situations of homeless individuals.

“Sadly,” she continued, “some individuals continue to fall out of accommodation even when a lot of effort is made to help them secure and maintain it… whilst we do not think a criminalising approach should be taken in these instances, action from the police is sometimes necessary.”

Turner, speaking on behalf of On Your Doorstep, pointed out that the Council relies solely on St. Mungo’s Broadway, who “take quite a hardline approach,” for their homelessness outreach. She told OxStu that Council should “work with the whole of the homelessness sector in Oxford to discuss a better way to help entrenched rough sleepers”.

The new draft of the Protection Order, while dropping the focus on homelessness, does allow some new enforcement powers. It gives police additional authority to tackle, among other things, aggressive begging, sleeping in toilets, out-of-control dogs, and busking in breach of the council’s code of conduct. 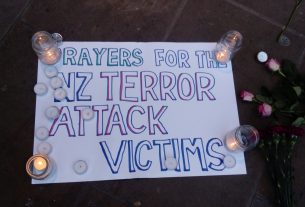 Vigil held in response to the Christchurch shooting