“Ratan’s exploding body ripped a hole in the front of the Bushuis library on Kloveniersburgwal that was twenty feet high and seventeen feet and three inches across.” There are bombs going off in Amsterdam, apparently suicide. George McKenzie, a student on her year abroad in seedy Amsterdam, investigates, finding herself drawn to the mystery which is baffling the police – and also to the mysterious Inspector Van den Bergen, who…

And here we find ourselves in the yellow wood. Another novel might decide that Inspector Van den Bergen, a grizzled and greying detective responsible for solving the mystery of the explosions, is enigmatic because he defies categorisation. He might represent the outsider on the inside: close enough to the levers of power to rage impotently as an arbitrary elite pulls them for its own good, trapped by the glass ceiling of institutional ableism (anyone who defies binary categorisation tends to be a good chap). But this is a crime thriller, so it is the debris of mobile phone detonators rather than ableist institutional structures which constitute the storyline. And so Van den Bergen is stripped of his potential heroic role in the fight for social justice, and becomes part of a love triangle. But it’s edgy, or maybe gritty, because he’s about twice the protagonist’s age.

It’s the novel’s edginess and grittiness which makes it difficult to judge. On the one hand, author Marnie Riches has clearly done her research well, checking out the smallest details to create a convincing world. A case in point: George is reading Social and Behavioural Science at St John’s, Cambridge, so it’s hardly surprising she’d take the opportunity to go on a year abroad to escape. We can all sympathise with that. But the world Riches has created is, to be frank, trying too hard. It’s simply not that shocking to be informed that in Amsterdam, students drink and vomit in canals; or that marijuana is legal and so everyone’s obviously constantly high; or that (gasp!) there’s a red light district where people take off their clothes and do naughty things for money. Perhaps it’s intended to form a backdrop to the real criminality which takes place, problematising popular perceptions of right and wrong by throwing irrational structures of authority into sharp relief and urging the reader to find their own understanding of morality unencumbered by convention. But probably it’s just because this is a thriller and everything’s more thrilling with sex, drugs and rock & roll.

Perhaps it’s unfair to judge this book based on what’s not on its cover. It’s a crime thriller, and does what it says on the spine: there’s an engaging plot with several twists, some of which I found genuinely surprising. Upon initial introduction to the characters, I couldn’t have cared less if they’d all met a watery fate in the Amstel. So I was pleasantly surprised to find that, by the end, I didn’t actually want George, the main character, to die. In fact, I was glad she found some form of happiness. It wasn’t hard to put the book down (although that’s possibly an issue of format: I was reading on my phone, and Crossy Road was a constant competitor), but it wasn’t hard to pick up again either. I rather enjoyed reading it, although I don’t think I’ll read the sequel. It’s not high literature and doesn’t pretend to be – which leaves the question of why I began to care about the characters.

I think it’s the growing sense that the characters are dislocated and wandering through the text, unsure where they should be. George’s edgy life in Amsterdam is juxtaposed with formal Cambridge; the brutal bombings, we eventually learn, are a twisted attempt to ascend the ivory tower; Van den Bergen doesn’t know where he should be and whether anyone loves him. The characters are lost and alone: the plot can be summed up as: “will enough people survive long enough to allow for some kind of journey’s end?” Without giving too much away, they do and there is – and then there’s a sequel. Presumably the journey will restart. There are enough loose ends. But I’ll leave it to others to see how they’re tied up. 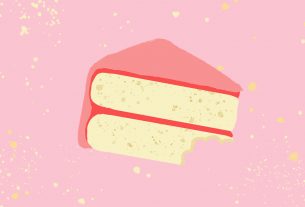 Backstage at the Fringe: The Writer