For a brief moment, the NBA playoffs seemed destined to be underwhelming.

Six of the eight first-round matchups ended within five games. The Wizards and the Grizzlies basically murdered basketball in the cities of Toronto and Portland respectively, as the two teams collapsed so drastically that both are left pondering the possibility of reconstructing their entire rosters. Just when the Bucks started to generate some sort of momentum, the Bulls responded by beating them back to mediocrity by a ridiculous margin of 54 points. Clippers-Spurs was the only series worth tuning into, and when the Spurs were sent home by Chris Paul’s other-worldly layup, no one apart from die-hard San Antonio haters was left happy – how could you be when one of the best teams in the NBA is sent home in the same round as the lowly Boston Celtics just because the league still can’t figure out how to properly create playoff matchups?

Bulls beat bucks back to mediocrity

And then there were the injuries. When Wesley Matthew’s ACL gave in two months ago, Portland’s playoff chances went with it. A dislocated shoulder ended Kevin Love’s playoff debut because Kelly Olynyk forgot that he was being paid to play basketball, not American football or sumo. John Wall’s was suddenly halted by a left hand diagnosed with a surreal five separate fractures, whilst C.J. McCollum’s forearm essentially rearranged Mike Conley Jr’s face. Hardly any team emerged from the first round unscathed, only adding more misery to the playoffs experience of fans worldwide.

Then, just when I started to abandon hope for this year’s playoffs and shed tears onto my half-written essay, everything exploded.

The second round was defined by big moments and individual flare. You had the Cavaliers-Bulls series, which essentially transformed into a one-on-one battle between two former MVPs, LeBron James and Derrick Rose, trading big games and big shots. My favourite sequence of the series happened in the dying seconds of Game 3, when Derrick Rose sized up Tristan Thompson and launched a prayer of a three-pointer. For some reason, everyone in the arena knew it was going in – fans started cheering before the shot even went in, and you could see the faces of the Cavaliers bench drop as they watched the ball swish through. And then the cameras focused on Rose, face devoid of any emotion whilst staring at LeBron as if to say ‘what did you expect from me’.

Everyone knew the shot was going in

You had Paul Pierce hitting a heavily-contested bankshot in Game 3, and proceeded to give one of the most entertaining postgame interviews of all time – when Chris Broussard asked him if he called bank on the last shot, Pierced stared into the camera and announced ‘I called game’ before dropping the invisible mic and walking into the zealous embrace of Washington fans. You couldn’t help but love how Pierce was essentially the old dude who shows up at the park to play pick-up every now and then just to talk trash and whine about the younger generation, only Pierce would actually go ahead and bury the game-winner whilst the rest would fire up an airball or maybe pull a hamstring trying to jump.

You had Stephen Curry, the newly-crowned MVP and undisputed face of the league, orchestrating the Warriors’ revolutionary offence against the seemingly indestructible Grizzlies defence. The man knocked down more three-pointers in the series than the entire Grizzlies team combined, thus proving two things that people are only beginning to recognize – firstly, unless you tackle Stephen Curry or somehow hack his wrist before the game, he is going to deflate your entire team by hitting three after three after three; secondly, that the modern trend of ‘pace and space’ offence is uncontainable by any rigid defensive system. Hand down, man down.

And then you have to Clippers-Rockets series, which to me is by far the most intriguing. For the first four games of the series, Blake Griffin seemed to have transformed into 1993 Barkley – an unstoppable one-man fast break with a decent midrange jumpshot and the ability to jump into the rafters. Yet he dropped as fast as he rose in the last two games, disappearing in the fourth quarters and undermining the Clippers offence with wild jumpers. The Rockets were assumed to have a foot out the door, until James Harden singlehanded pulled that foot back with a virtuoso performance in Game 5. This set the stage for a historic Game 6 comeback led by Corey Brewer and Josh Smith, who played as if they were Michael Jordan and Tim Duncan, hitting shot after shot whilst Chris Paul sat on the bench watching his legacy light up in flames.

James Harden singlehanded set the stage for a historic comeback

The Hawks, Cavs and Warriors won their series, and by the time you read this article, the Rockets or the Clippers will have joined them in the Conference Finals. Going into the playoffs, this was the expected result. What was unexpected, especially after the disappointing first-round series, was the level of excitement and drama that defined the second-round, leaving NBA fans like myself wondering what might happen next. 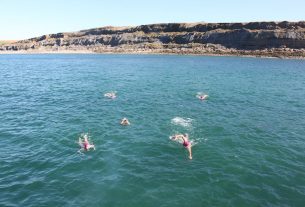 An OUSC Captain’s swim across the English Channel 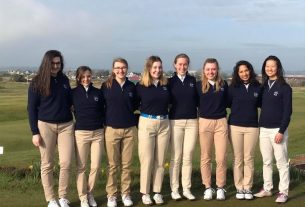