A furious academic dispute has broken out between Oxford and Harvard Universities this week, over an apparent portrait of William Shakespeare.

The feud between Edward Wilson, an emeritus fellow at Worcester College, Oxford, and John Overholt, a Harvard University Curator, started in Country Life magazine, when historian Mark Griffiths revealed that he had discovered an image of Shakespeare, in a 16th century history book of plants.

Edward Wilson, an emeritus fellow at Worcester College, Oxford, and John Overholt, a Harvard University Curator have been engaged in a fierce academic dispute relating to the legitimacy of an image which supposedly depicts William Shakespeare. The engraving on the opening page by William Rogers features four figures, one of whom, with a beard and roman dress, Griffiths believes to be Shakespeare. He claimed in the magazine that he had solved an “ingenious cipher” and decoded a symbol underneath the figure which can be translated into the name ‘Shakespeare’. He suggests that the number four stands for the Latin term ‘quater’ meaning four times and when the letter ‘E’ is added, the word quatere (to shake) is formed. When combined with the image of the stake through the cipher, which is thought to represent a spear, the resulting word is “Shake-spear”. Griffiths came across the image whilst researching the biography of John Gerald and the findings have subsequently been hailed as a ‘World Exclusive’ on the culture magazine website.

The 1,484 page book in question, The Herball was published in 1598 and there are reportedly only 10 surviving copies of the first edition remaining. Despite, previous assumptions that the four figures were imaginary Griffiths has claimed to have revealed their identities as Queen Elizabeth’s Lord Treasurer, Lord Burghley, Flemish Botanist Rembert Dodoens, John Gerald (the author) and finally William Shakespeare. Speaking at the London Rose Playhouse the Editor of Country Life, Mark Hedges argued that the portrait reflected the 33 year old playwright “in his prime” with “film star good looks”.

Griffith’’s apparent discovery proved far more controversial than he anticipated, however. Following Wilson’s announcement, Oxford fellow Edward Wilson supported the findings, arguing “we do not think anyone is going to disprove it at all” and that the evidence proved to be “absolutely safe”. Harvard Curator John Overholt, however, has criticised his claims. In a series of tweets, aimed at both Griffiths and Wilson between May 19th and May 20th, Overholt suggested that the decoded symbol was simply a missprint that was corrected in the 1749 book Ames’ Typographical Antiquities. Overholt expressed his frustration with his fellow academics,, stating on May 19th: “The thing that drives me crazy about this is it gives people the dumbiest, fakest idea of what Shakespeare scholarship is actually about”, “I thought the Shakespeare portrait things was stupid before I saw the evidence. Now I think it’s REALLY stupid” and “It is really truly 100% possible that there aren’t any portraits of Shakespeare to be had and we’ll all just have to be OK with it.”

In response to the resulting arguments, Mark Griffiths has published a series of rebuttals in defence of his claims on the Country Life website. Notably, he stated that the cipher or symbol on the title page, “doesn’t belong to any of the Nortons’, the family of London stationers” or printer of The Herball, Edmund Bollifant, a fact that himself and Edward Wilson had confirmed through years of research.

However, other academics have also challenged Wilson and Griffiths’ ideas, such as Birmingham University Professor Michael Dobson, who in an interview with the BBC remarked that he remained “deeply unconvinced” as “one has seen so many claims on Shakespeare based on somebody claiming to crack a code. And nobody else has apparently been able to decipher this for 400 years. And there’s no evidence that anybody thought that this was Shakespeare at the time.” Similarly,, Shakespearean Scholar Stanley Wells CBE expressed his scepticism tweeting: “So apparently Shakespeare went around in fancy dress holding a fritillary in one hand and a cob of corn in the other.”

There are only two confirmed portraits of Shakespeare, one of which is an engraving on the cover of the First Folio and the second is a sculpture on his memorial in Stratford Upon Avon. However, academics have seen numerous disputes over the legitimacy of Shakespeare portraits.. Notably, in April 2009, two leading art historians Professor Stanley Wells and Sir Roy Strong argued over the controversial ‘Cobbe Portrait’ with, the latter labelling the formers findings as “codswallop”. 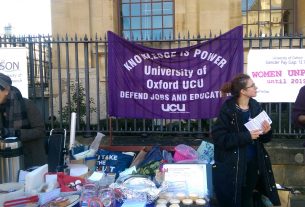